Colombian reggaeton superstar J Balvin and Jordan Brand have officially announced their colorful Air Jordan 1 collaboration. One of 2020’s most hotly-anticipated releases, Balvin’s vibrant take on Michael Jordan‘s first signature sneaker was debuted by the artist himself back in February, and draws its inspiration from his last two albums: 2018’s Vibras and 2020’s Colores. 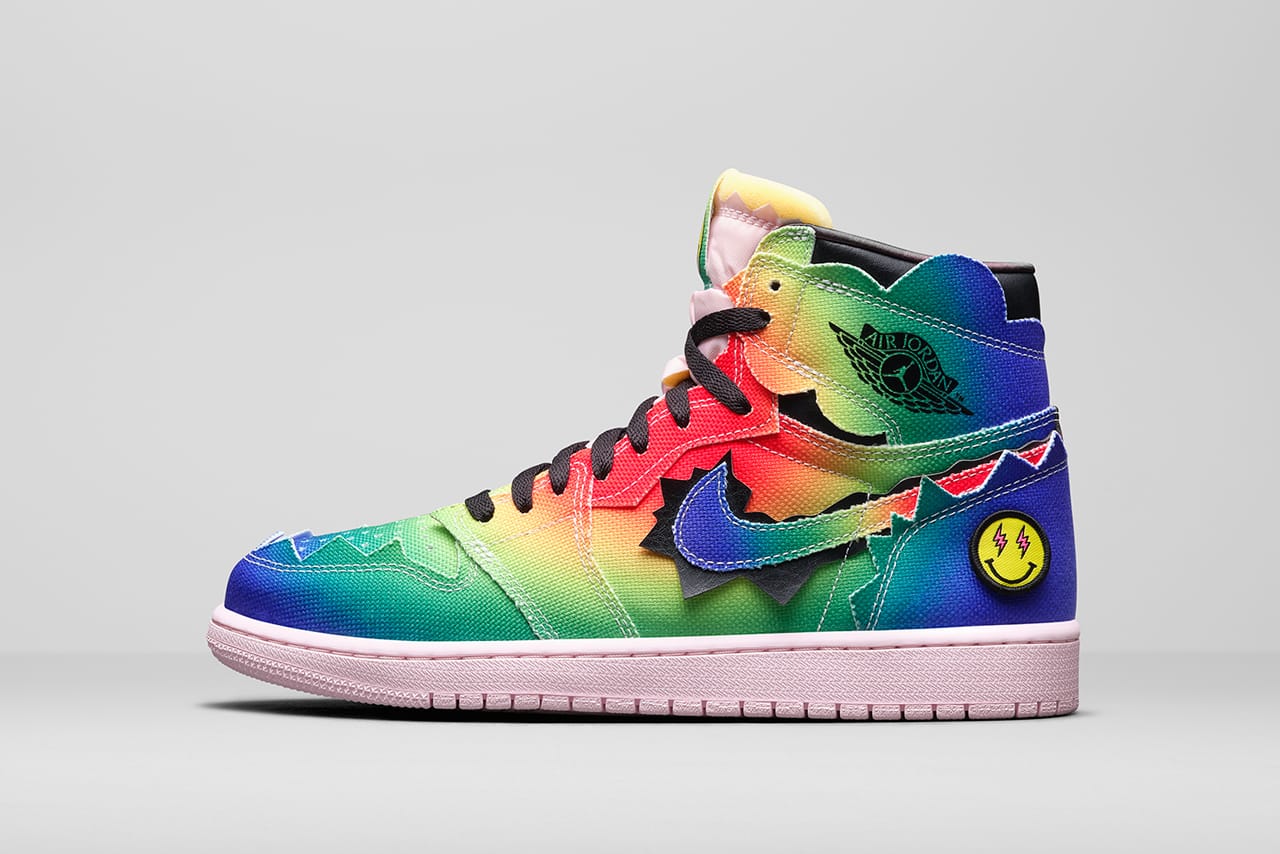 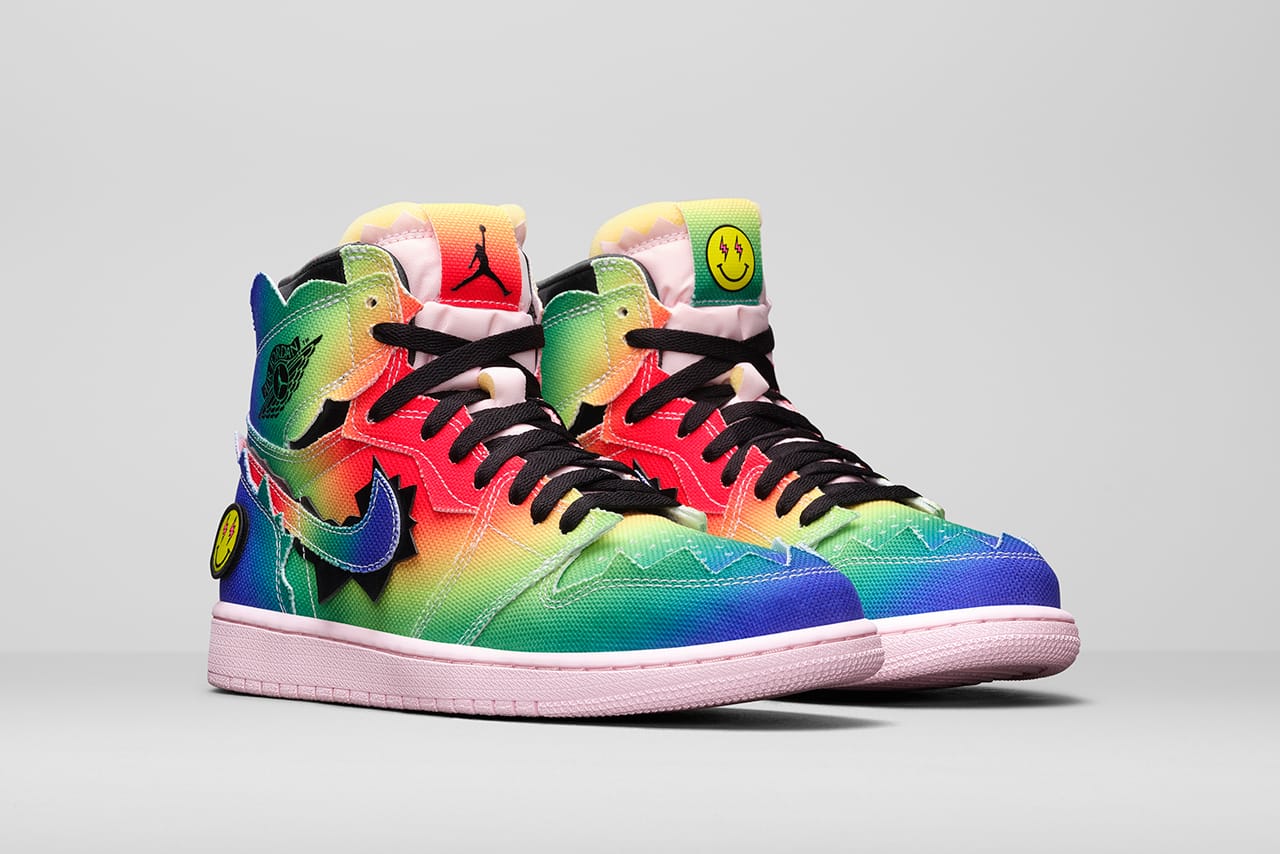 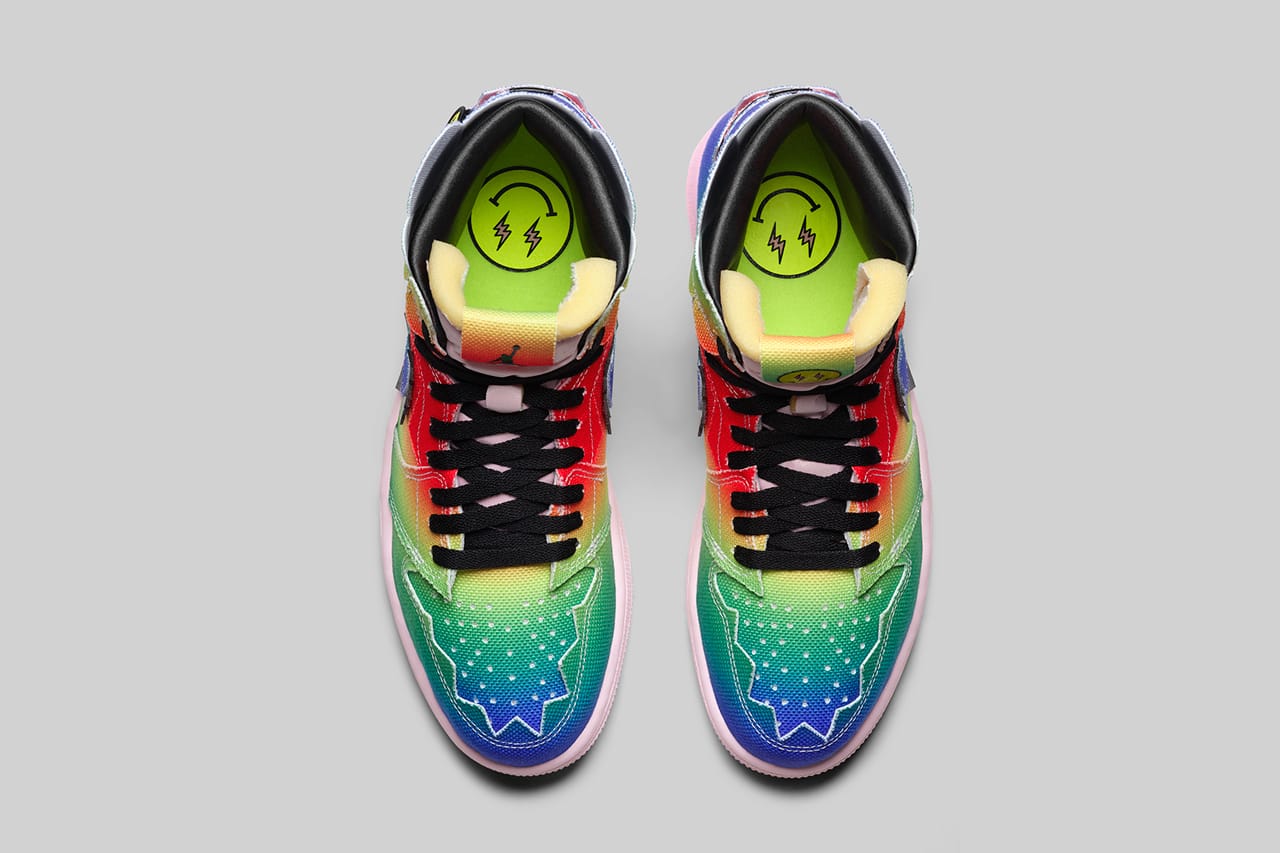 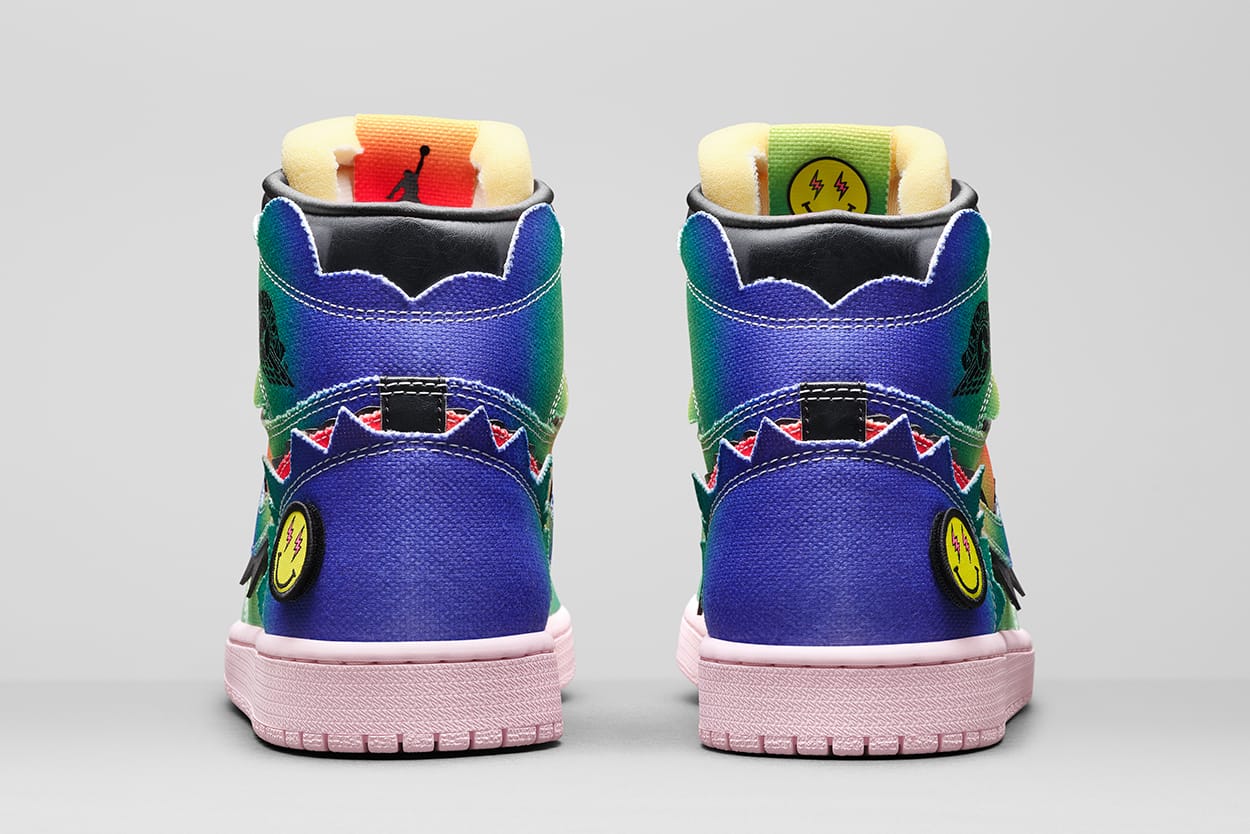 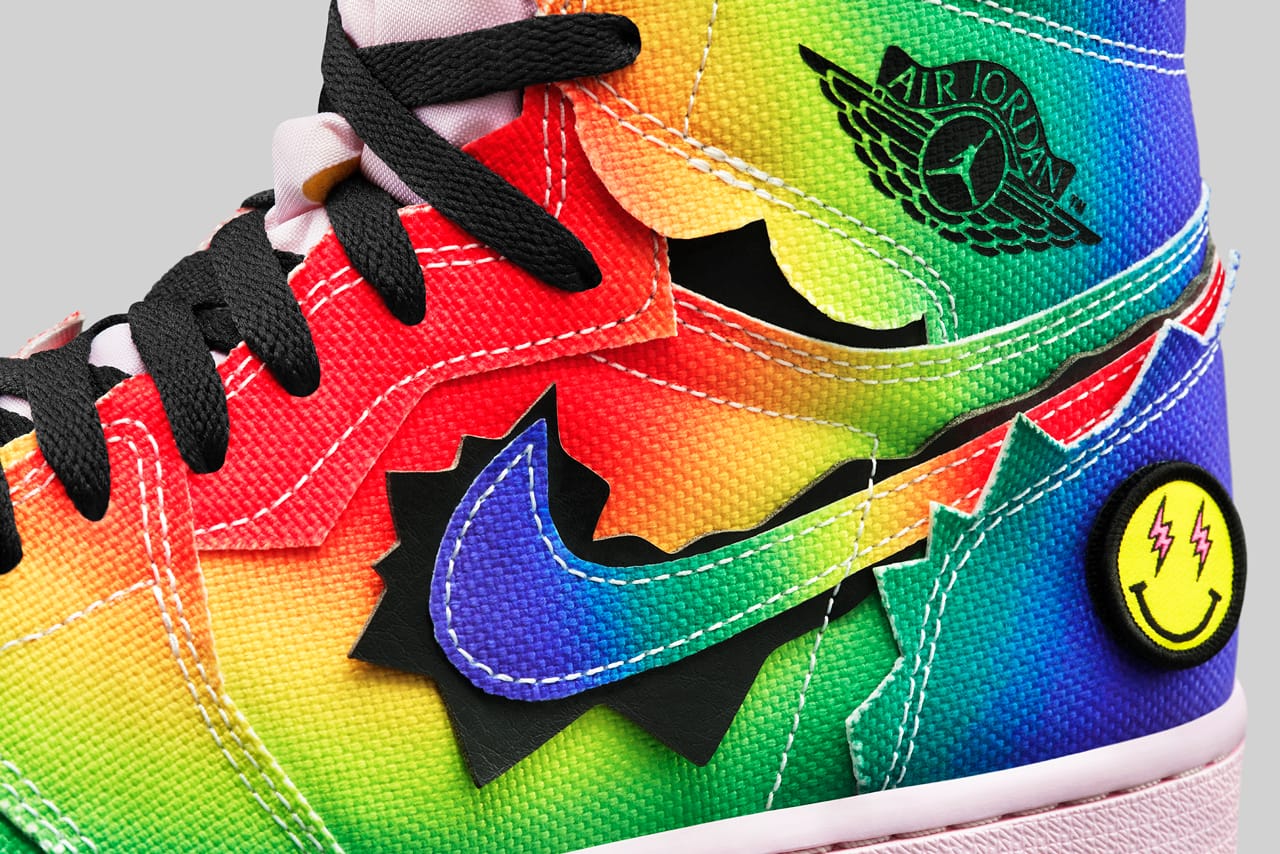 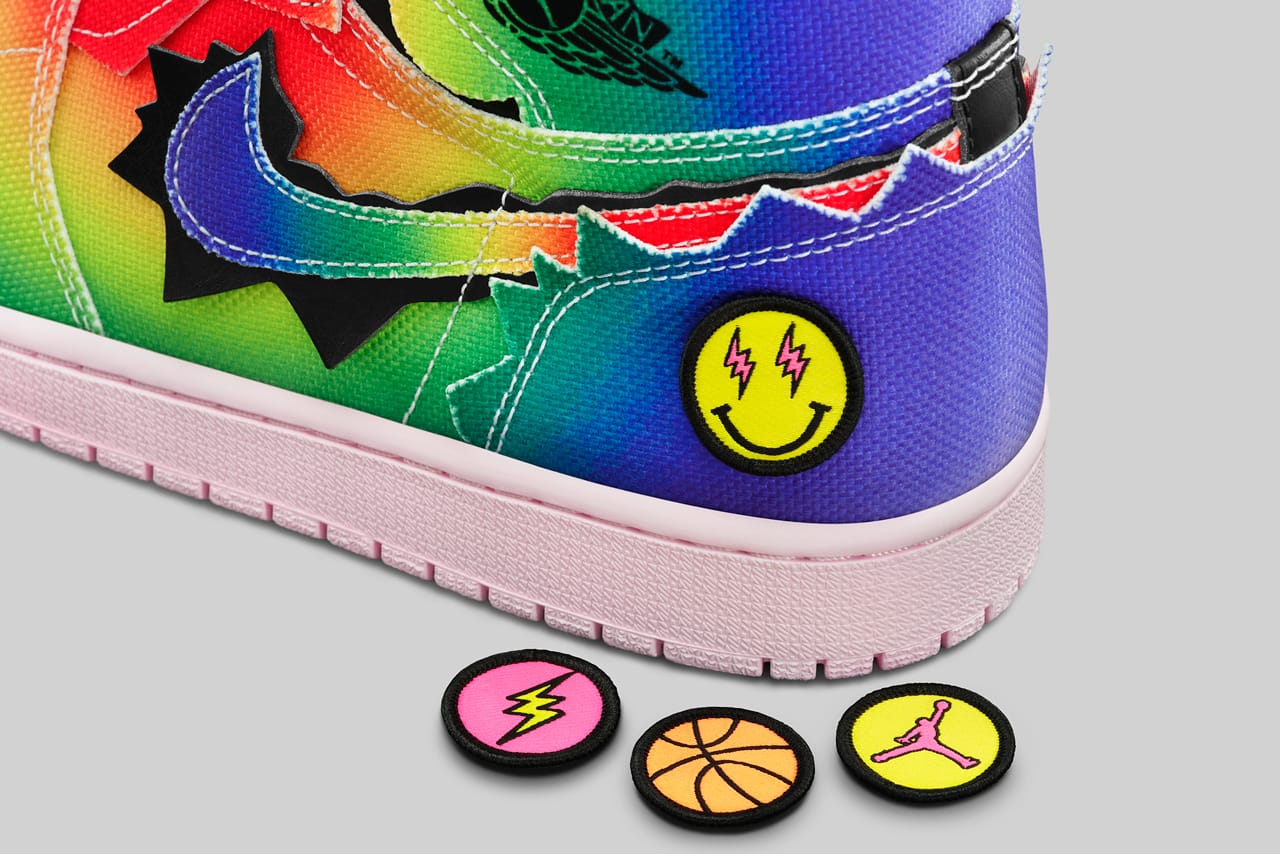 Intentionally intense in style, the shoe’s canvas upper is awash in gradient fades that begin with a red center, then cool off as they move outwards by going from yellow to green to blue on the toebox and heel. Swooshes inverse this fade pattern for bold contrast, and are rimmed by jagged trim. These sharply-shaped fringes are replicated on the toebox, eyestays, collar flaps and heel overlays as well, meant to represent a “cloud-like explosion,” which Balvin says is his “source of energy.” “I was thinking about how I could have a disruptive Air Jordan 1,” said Balvin. “I wanted to be the person who really dared to change the shapes and go all out. No one has touched the Air Jordan 1 like this before.”

Details don’t end there, however. Balvin’s smiley face logo replaces the standard Jumpman graphic on the left shoe’s tongue tag, and interchangeable patches that include another smiley face graphic, a lightning bolt, a basketball and a classic Jumpman enable the wearer to customize their look. Crisp white midsoles and a choice of pink, white and black laces round the offering off.1 of 4 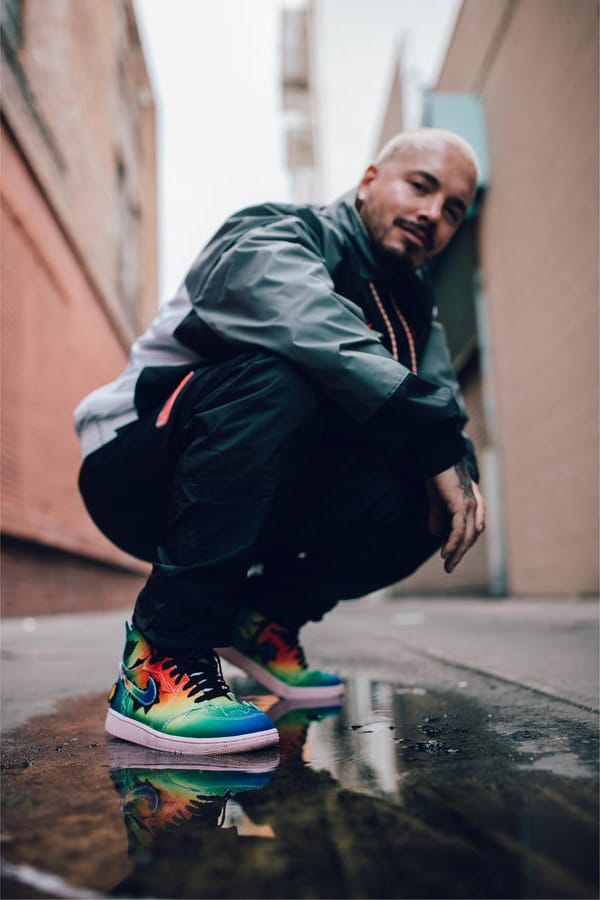 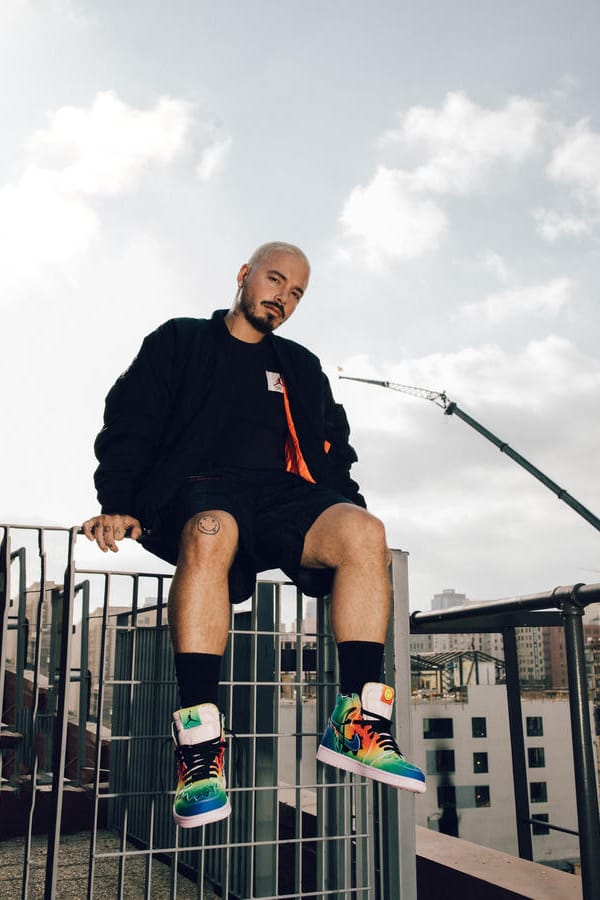 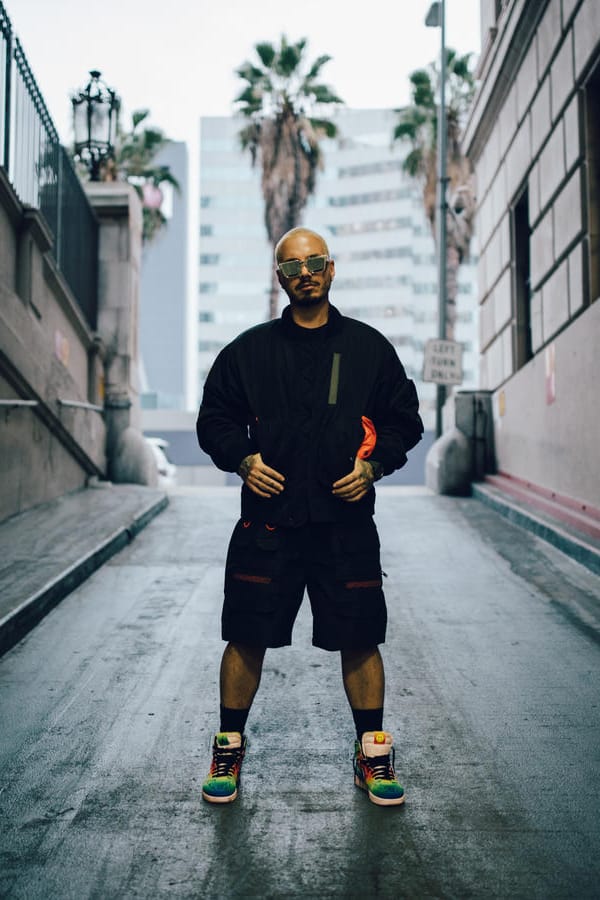 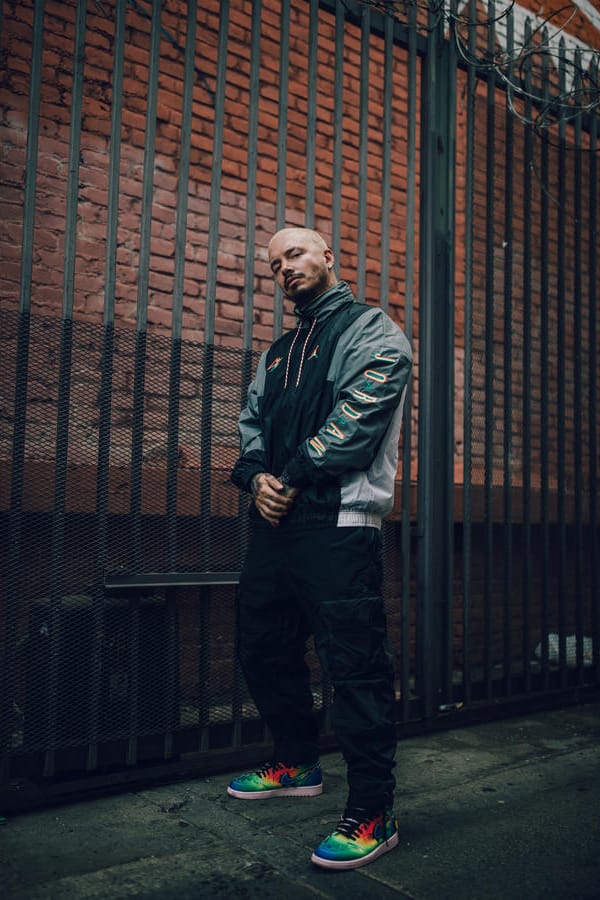 Of course Balvin is no stranger to huge collaborations, having worked with both McDonalds‘ and SpongeBob SquarePants in past months. However, with his first sneaker collaboration, Balvin is breaking new ground: he becomes the first-ever Latin artist to work on an Air Jordan sneaker. “Being the first Latino artist to have an official Jordan collab makes this even more special,” notes Balvin. “However, I don’t see this as just a Latino thing. I really see this as a global sneaker and campaign. People used to see it as ‘Latinos making things just for Latinos,’ but I never saw it like that. I’m proud to be Latino and represent Colombia, but I’m a global citizen, and I want to keep spreading my artistic ideas and vision to all people. I want this shoe to be in Tokyo, in London, in Paris. This is for the whole world.”

The J Balvin x Air Jordan 1 is set to release December 8 on Nike SNKRS and at select retailers. The MSRP has yet to be announced.