A MUM has spoken out after she was accused of carrying her baby ‘wrong’ by a stranger who approached her in a local supermarket.

Isobel Harrod, 20, from Horsham, went to pick up some extra nappies from Lidl with her 11-month-old daughter Violet when a stranger came up to her. 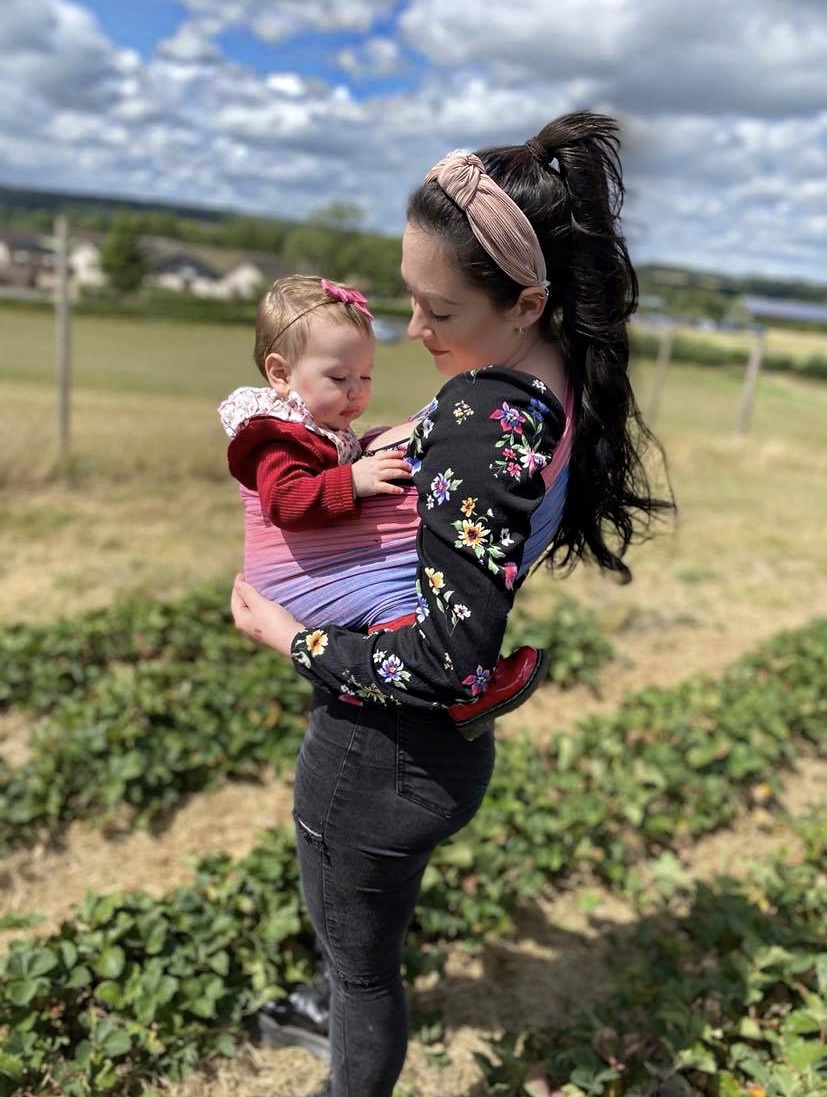 The mother, who is currently on maternity leave from her job as a customer advisor at Boots, carried her daughter in a baby sling with her body supported and propped on her hip.

However a customer behind her at the checkout insisted this was ‘incorrect’ and confronted her about the way she was carrying Violet.

Isobel felt concerned as the stranger insisted that she was putting her daughter in danger as well as ruining her own posture by carrying her that way.

She said: “He told me that he’d spent time in rural Africa and had seen women carrying their babies in scraps of fabric, similar to the way I was carrying Violet, but on their backs. 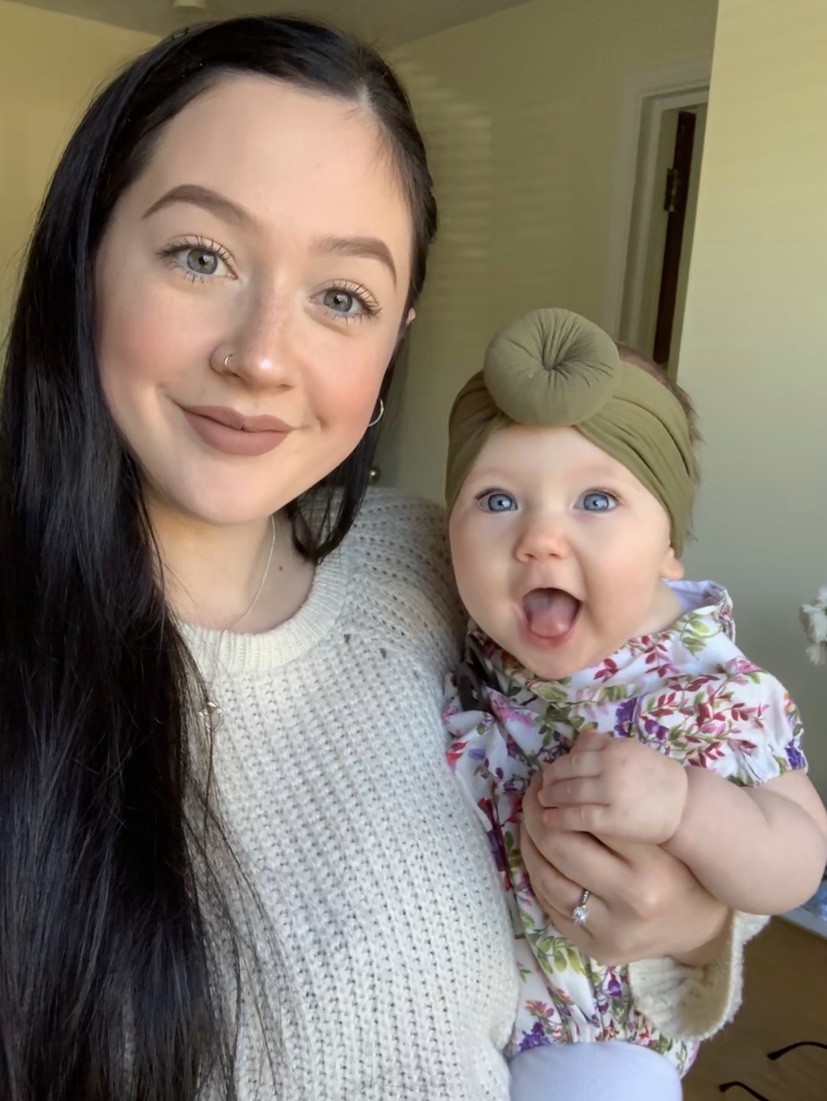 “He continued to tell me that I was actually carrying my daughter wrong, that it was dangerous for her and it would ruin my posture.

“He finished rather patronisingly by telling me to go home and do some research and ‘try again.’

“At first I was completely offended and absolutely enraged by a random man telling me, a woman and a mother, how to carry my own baby.

“But after a while I realised that while his rude comments may have been well intended, he was clearly just uneducated.”

While admitting she was “offended” by the stranger’s comments, Isobel said she didn't have the confidence to tell him he was wrong at the time.

The mother said she has spent hours researching babywearing and how to do so correctly after using the technique since her daughter’s birth in October 2019. 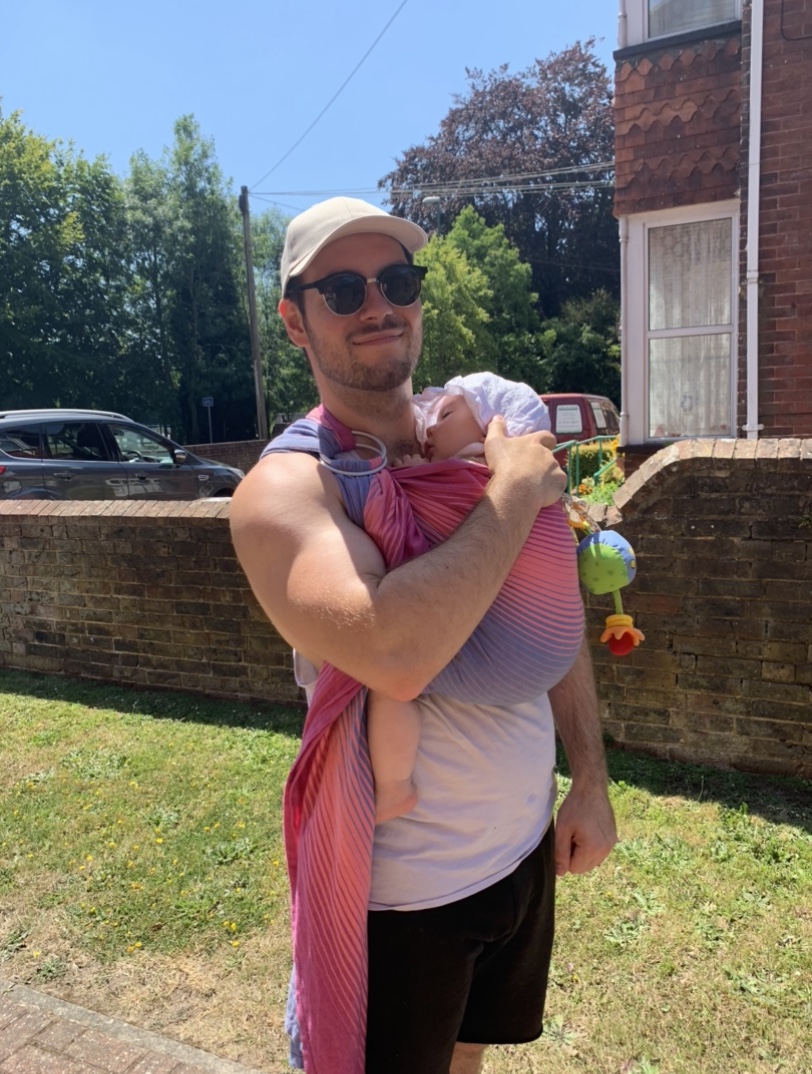 She said Violet was an unhappy newborn who cried unless she was being held – so a stretchy wrap carrier was ideal as it replicated her womb and instantly calmed her.

As she grew older, Isobel switched to wearing a ring sling and said her daughter loved being able to have more movement and look around while still being supported.

She said: “At the time I ignored the man’s comments but in hindsight, I wish I’d had the confidence to tell him he was wrong, and in fact it was him that needed to do the research.

“I could also see the annoyance of the checkout lady as she rolled her eyes too! Babywearing is practiced all over the world as a simple means to travel with your young child.

“I have spent hours reading about babywearing and how to do so correctly, to avoid harming my daughters development.

“My daughter even hated her pushchair and car seat when she was young! I initially used a stretchy wrap carrier and I even learnt to breastfeed whilst she was in the wrap.”

HOW TO USE A BABY SLING SAFELY

According to the Sheffield Sling Surgery: "A good sling should mimic the natural, in-arms upright position for carrying babies, ensuring the caregiver can see and sense the baby at all times, and thus able to be quickly aware of and rapidly responsive to any changes.

"Babies under 3 to 4 months are most at risk of airway compromise when chin can sink onto their chests; so a good carrier will hold baby’s chest snugly against yours to keep the chest cavity uncurled and the chin off the chest.

"It is important to ensure no slumping and that there is no fabric over the face, and baby’s head is not pressed against the chest.

"The key thing is support to the upper back and the nape of neck (the fabric should ideally come no further up than the tip of the earlobe)."

Isobel believes baby wearing is a special bonding experience and thinks parents should embrace the ‘closeness’ instead of being obsessed as a society to make babies independent.

She added: “It allows me to do simple things like make myself a hot meal, do the hoovering and even leave the house.

“Best of all I am hands free and she is happy. It was the only way I could get her sleep in the early days!

“As she got older and heavier, I switched to a ring sling to allow her to look around and support her weight.”

Isobel said she has been called an “earth mum” for her decision, but she is determined that she won’t put Violet in a pushchair – simply because that’s what society prefers.

The mother said her little girl loves being able to look around and she cherishes the experience more as she realises that one day Violet won’t want to be picked up anymore.

She chooses to listen to Violet’s instinct and thinks her experience in Lidl has highlighted judgment on parenting. 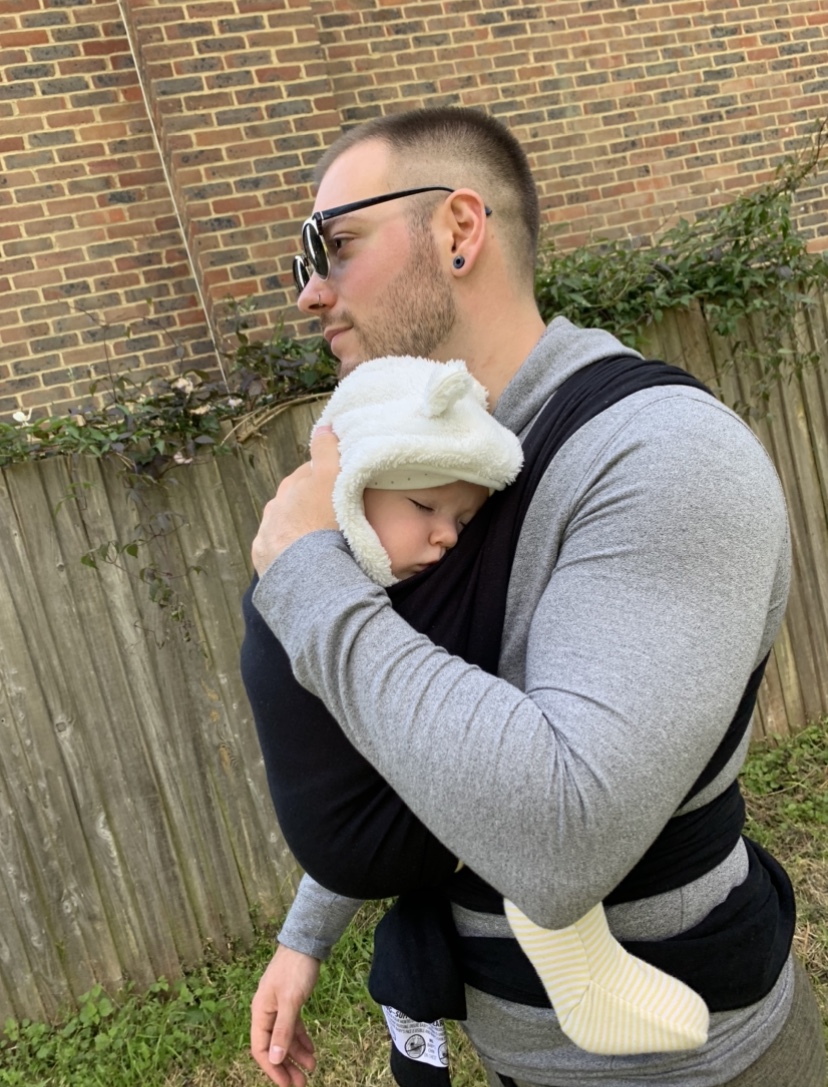 She said: “Violet loves to be at my level and interact with strangers and I love being able to run errands without the hassle of the pushchair!

“But I have been called a ‘hippy mum’, ‘crunchy mum’, ‘earth mum’ and even that I’m going to spoil my daughter and she’ll never be independent.

“But I am confident in listening to Violet’s instincts and my own. How can I deny her human connection and comfort when that’s the very thing she needs for development?

“I won’t let her cry in a pushchair just because that’s what society is comfortable seeing.”

Isobel believes the constant judgment cast upon parents needs to change and she doesn’t understand why society wants to make babies as independent as possible from a young age.

Babies are only infants for such a short period of time, why not embrace the closeness? There is no such thing as spoiling a baby with ‘too much’ love and reassurance.

She said being a mum is “hard” and each parent should do what they think is best for their children.

The mother is also advocating that parenting isn’t a “one size fits all” approach.

She said: “Being a mum is hard on the best of days, the very last thing we need is an uneducated remark on what we are doing ‘wrong’.

“At the end of the day, we’re all just doing what we think is best for our children.

“Babies are only infants for such a short period of time, why not embrace the closeness? There is no such thing as spoiling a baby with ‘too much’ love and reassurance.

I have been called a ‘hippy mum’, ‘crunchy mum’, ‘earth mum’ and even that I’m going to spoil my daughter and she’ll never be independent.

“It’s very easy to take one look at a parent in public and criticise them. There is a certain fragility to being a new mum, constantly second guessing your own instincts.

“It took me months to build even the smallest amount of confidence in my abilities as a mother. So when a stranger finds it necessary to criticise you, it can knock your confidence.”

Isobel thinks it is a shame that members of the babywearing community have been told that their children shouldn’t be in a carrier.

She said she has also been asked about when she is going to stop carrying her daughter and even told that Violet is “too old” to be held.

However Isobel added: “The fact of the matter is, humans are pre-adapted to be a carrying species.

“We are supposed to carry our young, it’s natural to keep them close and even has a calming effect on our babies.

We shared how a mum hit back at trolls who ‘mum shamed’ her for letting kids eat McDonald’s and spend hours watching YouTube.

And another woman was mum-shamed by a stranger for not putting socks on my son in summer.