STANDING in front of the mirror, scissors in hand, Kel Galavan took a deep breath . . . then started snipping.

So determined was she to save cash after quitting her job, the former beauty addict was now cutting her own hair and letting herself gradually go grey. 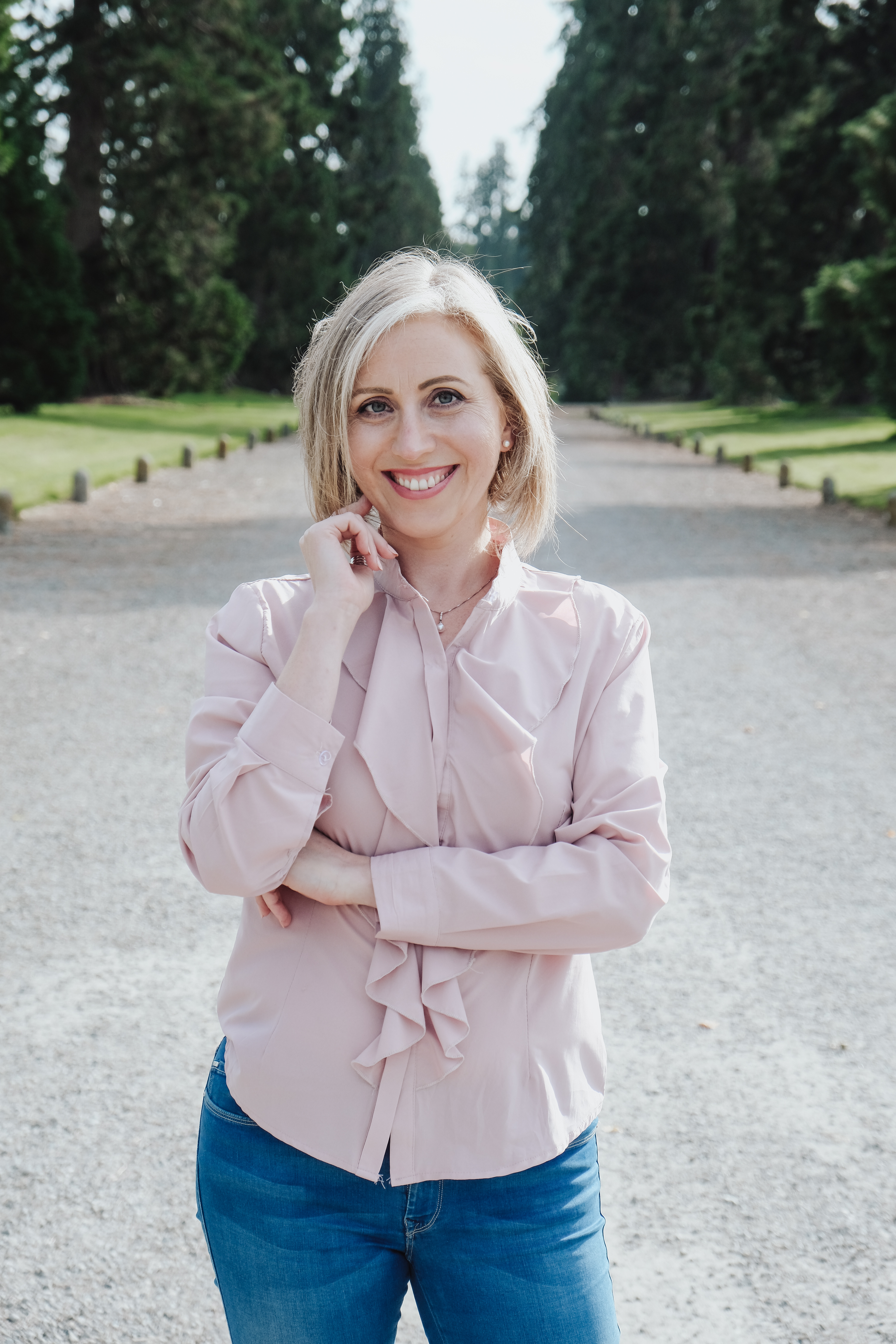 The former high-flyer now makes her own facemasks, uses kids’ shampoo instead of luxury brands and ditched her beloved Chanel perfume.

Kel lives in Kildare, 30 miles west of Dublin, with husband Dave, 43, an IT worker, and their kids Ria, ten, and Aaron, seven.

She says: “My mission was to slash our outgoings so that I could afford to stay at home.

Kel, 43, who worked in marketing for a pharmaceuticals firm, left her job in August 2018 to spend more time with her children.

She says: “I loved my career but the hours were long and I was away from the house a lot.

“But I was increasingly conscious the children would be grown up before I knew it and I would have missed out on so much of their childhood.

“I discussed it with my husband and he was relieved because I was away so much for my job, which put a lot of pressure on him. We worked out we could survive on just his salary, which I know makes us very lucky, but sacrifices had to be made.” 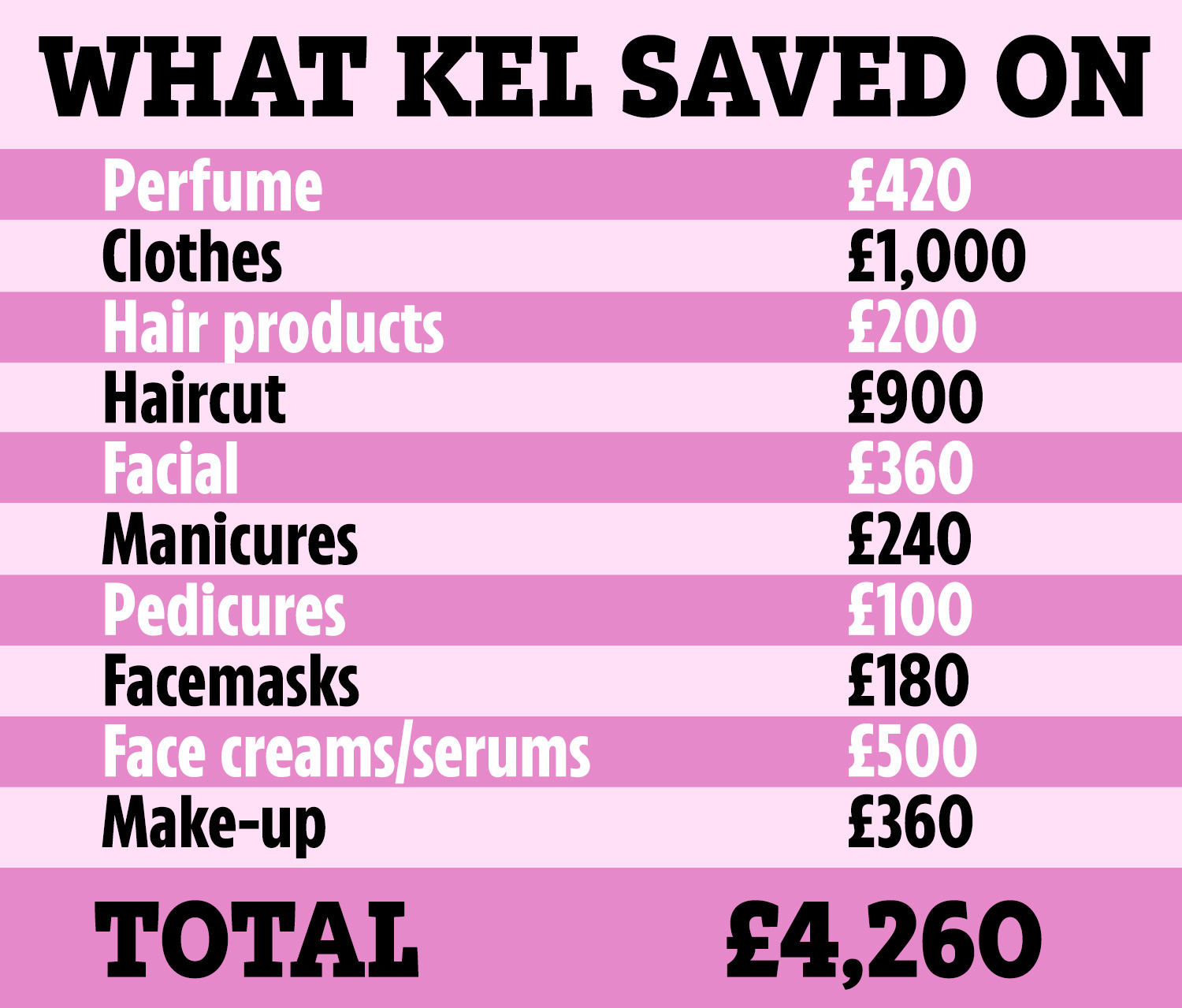 NOTHING GOES TO WASTE

In January 2019 Kel kicked off her year of no spending. She says: “I was nervous, suddenly not earning. Changing my beauty regime was a shock — I was a total addict.

“I’d have £60 facials, £150 hairdos and £20 manicures. I used to get my hair coloured but soon realised I’d never be able to recreate that at home. So I bit the bullet and let myself go grey.

“Thankfully, I love it.” 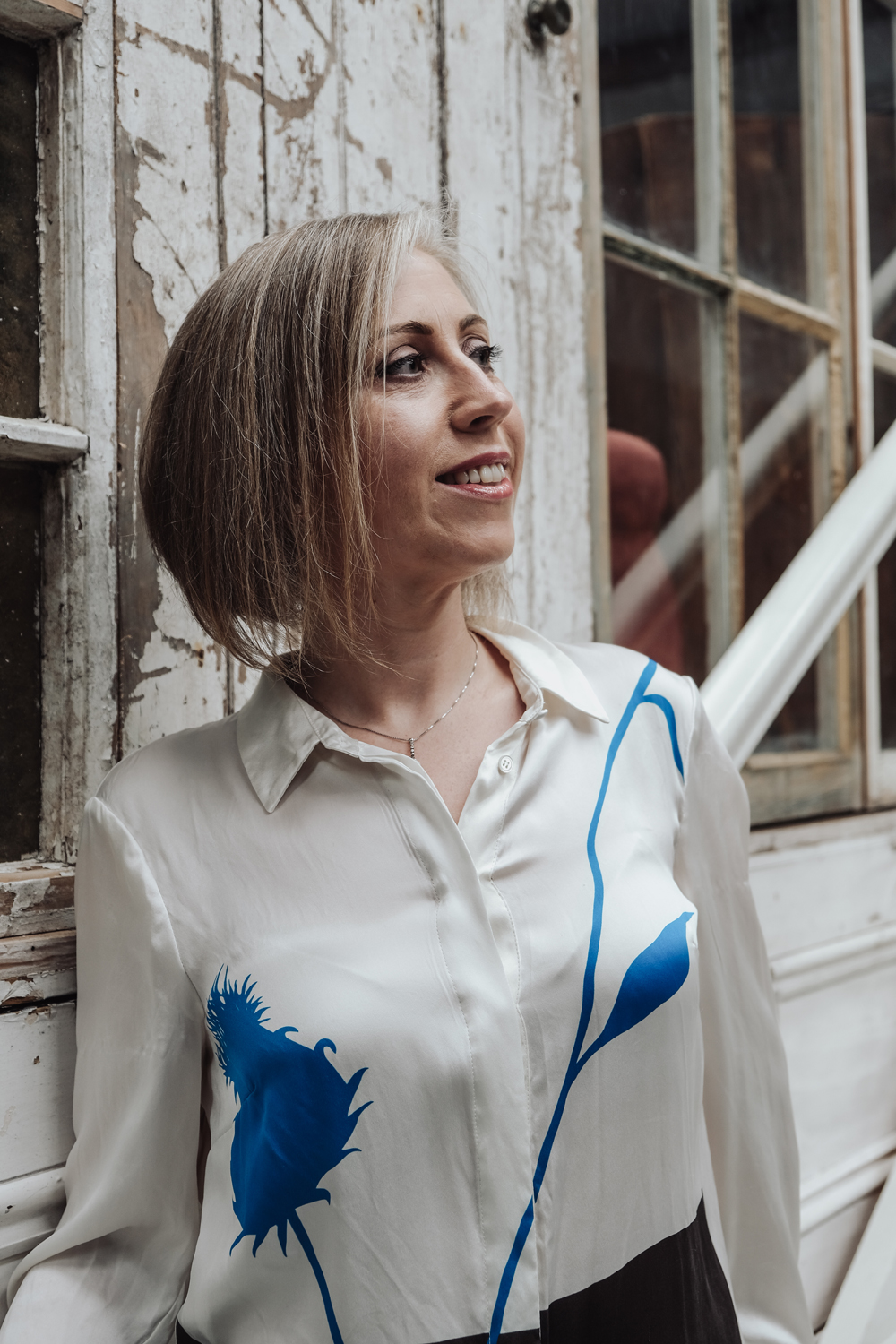 She makes her own facemasks by mashing up out-of-date avocados with yoghurt and honey.

She has the painful skin condition psoriasis. “So facials were my guilty pleasure,” she says.

“I’d also always have a £30 jar of expensive facemask. But my own really works and I’ve been told I look younger.”

Kel also swapped her high-end fashion labels for trips to the charity shop, and ditched daily takeaway coffees, booze and eating out. 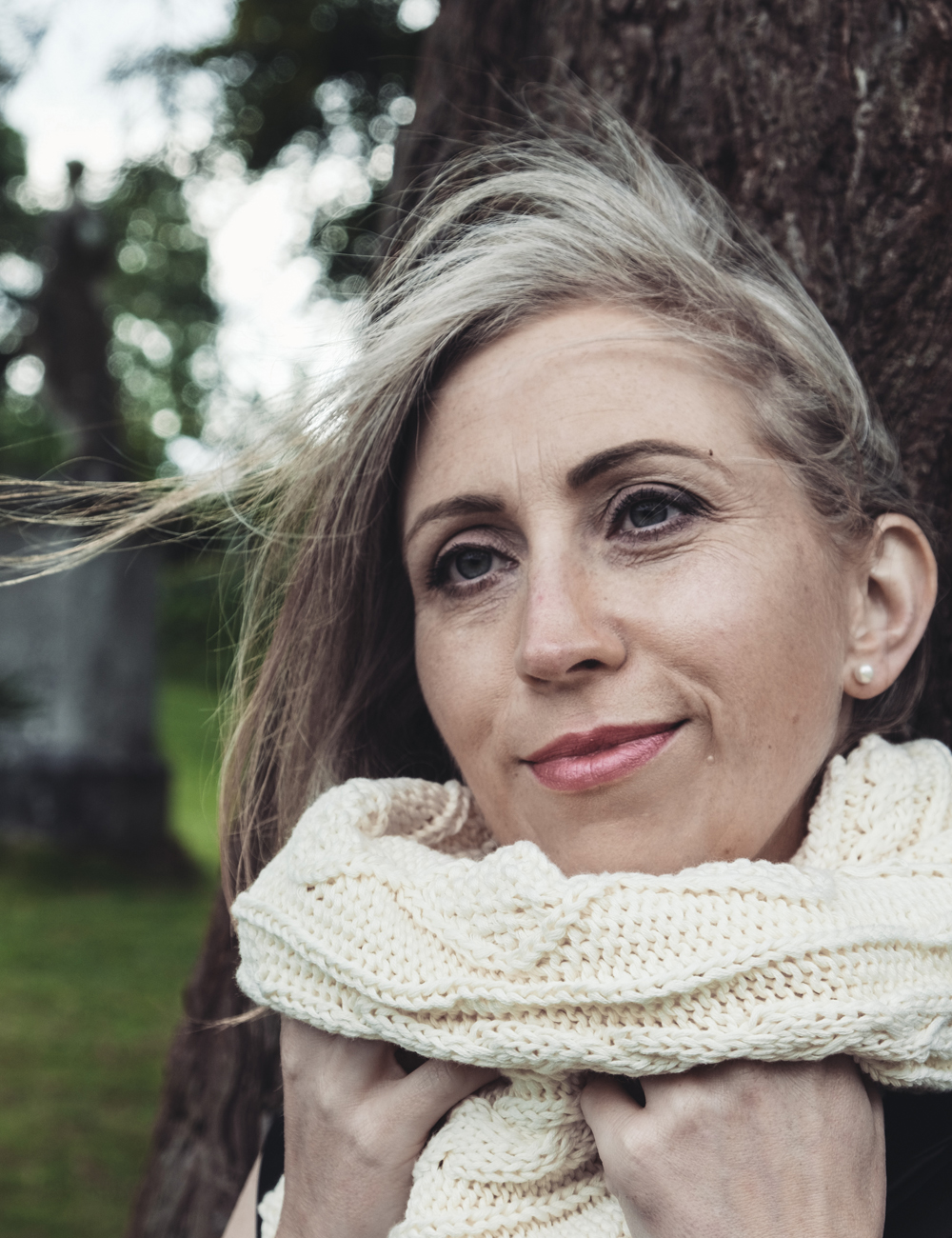 She says: “I learnt how to cook and we all started eating healthier. Nothing goes to waste. The kids moaned at first because they missed Mc-Donald’s. But they soon settled down.”

But the biggest saving came on childcare.

Kel says: “We spent about £9,000 a year on the kids. When we were both working we had no choice. But now I can be with them — it’s brilliant.

“Rather than pricey days out to the cinema, the library became our best friend. There was always something on. We started going hiking, to talks, community days, everything.” 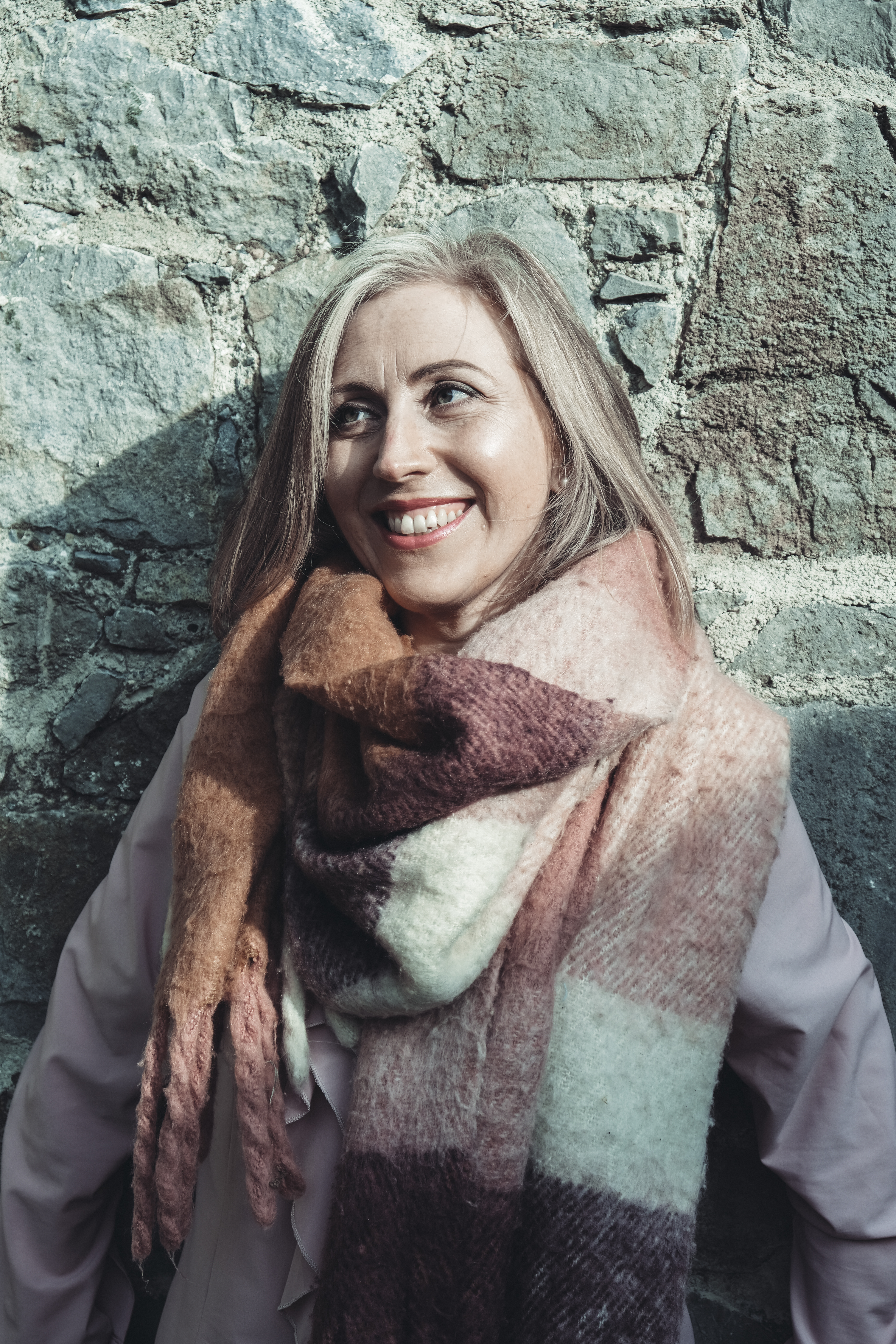 The family now only have one car, and went electric, with running costs of less than £30 a month.

While Kel’s “no-spend year” is now over, she has continued to watch the pennies, particularly when it comes to beauty.

Kel also amassed a loyal following on Instagram as she shared tips about every-thing from meal prep to cheap cleaning hacks.

“I’m so glad I did it,” she says. “I get to spend loads more time with my kids now, which is brilliant, and we saved bundles of cash. Plus, I’ve realised what I look like with grey hair — and it’s not half bad.”