Jason Wahler: Kristin Cavallari Is 'Going Through a Tough Time' Amid Split

NFL Star Odell Beckham Jr. Doesn't Believe He Can Get Coronavirus: ‘It's a Mutual Respect'

A WOMAN has revealed how she gave her old ‘council-looking’ kitchen a stylish grey marble makeover using cheap vinyl from Wilko.

Marshelle Fenemore and her sister Lauren decided to freshen up the space themselves after being quoted £500 to have the kitchen surfaces ‘wrapped’ professionally. 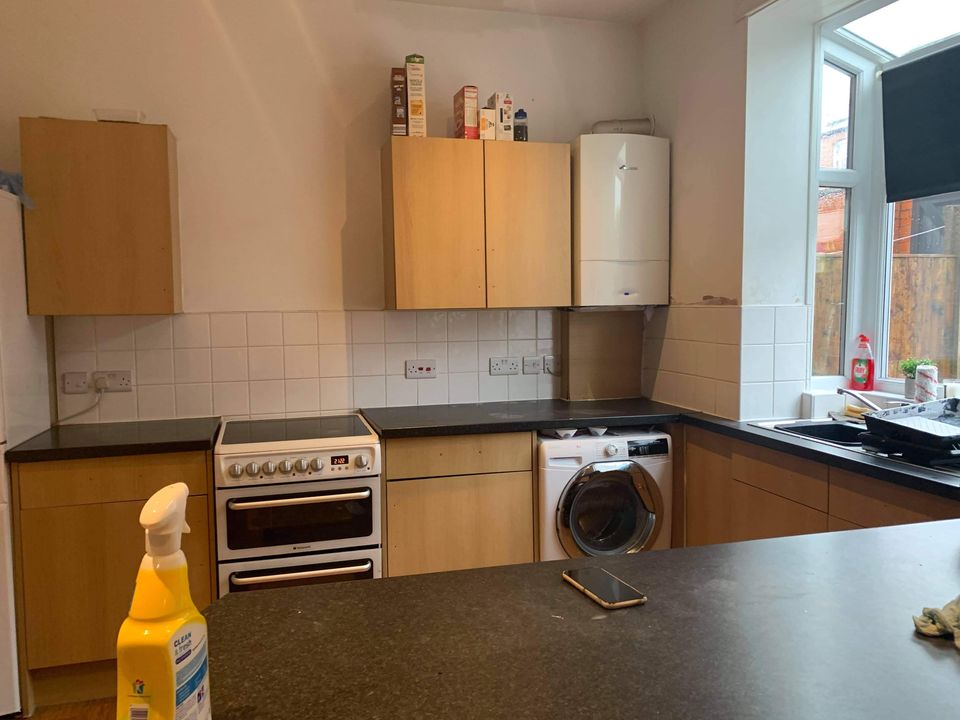 The mother, who is a support worker from Bolton, said she wouldn’t have been able to afford the professional job – especially with Christmas just around the corner.

So Marshelle and her sister got to work on the kitchen and gave it a stylish makeover for just £25 – using bargains from high street brand Wilkos.

However – she admitted she didn’t even measure the surfaces in the kitchen – she just hoped for the best, and luckily it worked!

She shared their hard work on Facebook writing: ‘Proud of our little self!  Mine and Lauren’s little project for the day is complete. 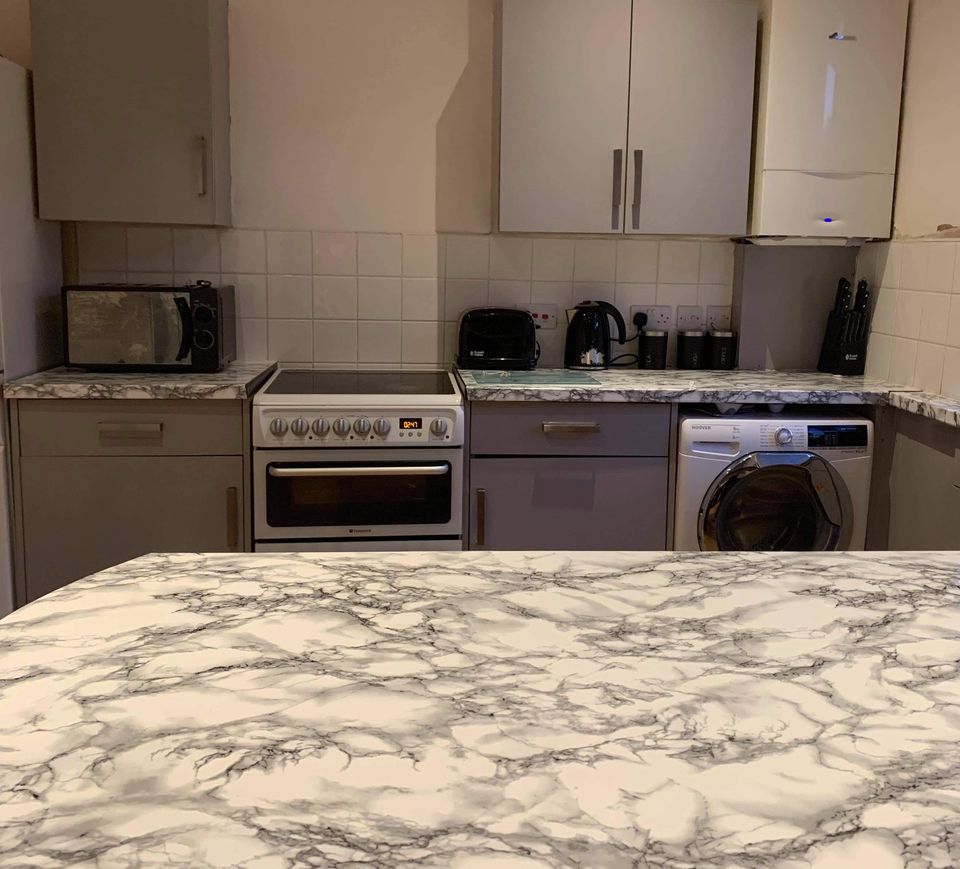 ‘Stressed out many times not one argument but it’s finally done! Who needs men!’

The post instantly raked up hundreds of likes and comments with strangers praising the sisters’ DIY skills.

Marshelle admitted she was ‘bored’ of her old kitchen and felt the colour made the space look outdated.

She had the kitchen priced up by professional labourers but knew the hefty £500 charge was out of budget.

She said: ‘I was bored of the old council looking kitchen in my house so I wanted a change to freshen it up a little.

‘I didn’t like the colour and it felt outdated so I got it priced up and it would have cost me around £500 for it to be wrapped. 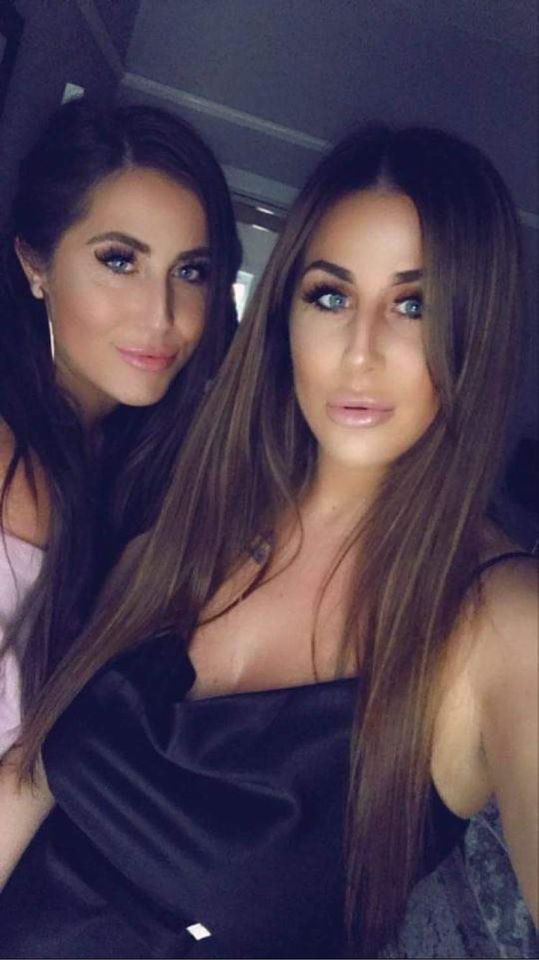 ‘I wouldn’t have been able to afford that especially coming towards Christmas as well and me living on my own with my nine-year-old son.’

So Marshelle enlisted the help of her sister Lauren and the two women got to work on the kitchen together.

However the mother did admit there was an argument or two between the sisters as they bickered over ‘leaning’ on the paint and vinyl by accident.

The girls picked up three rolls of DC Fix vinyl from Wilkos for £5 each as well as Minerals Stone paint for £11.

She also purchased her DIY equipment to complete the job such as paint brushes and rollers for £5 as well as accessories for the DC Fix for £4.

She said: ‘I had my sister helping me out and to be honest I didn’t even take any measurements or do any measuring. 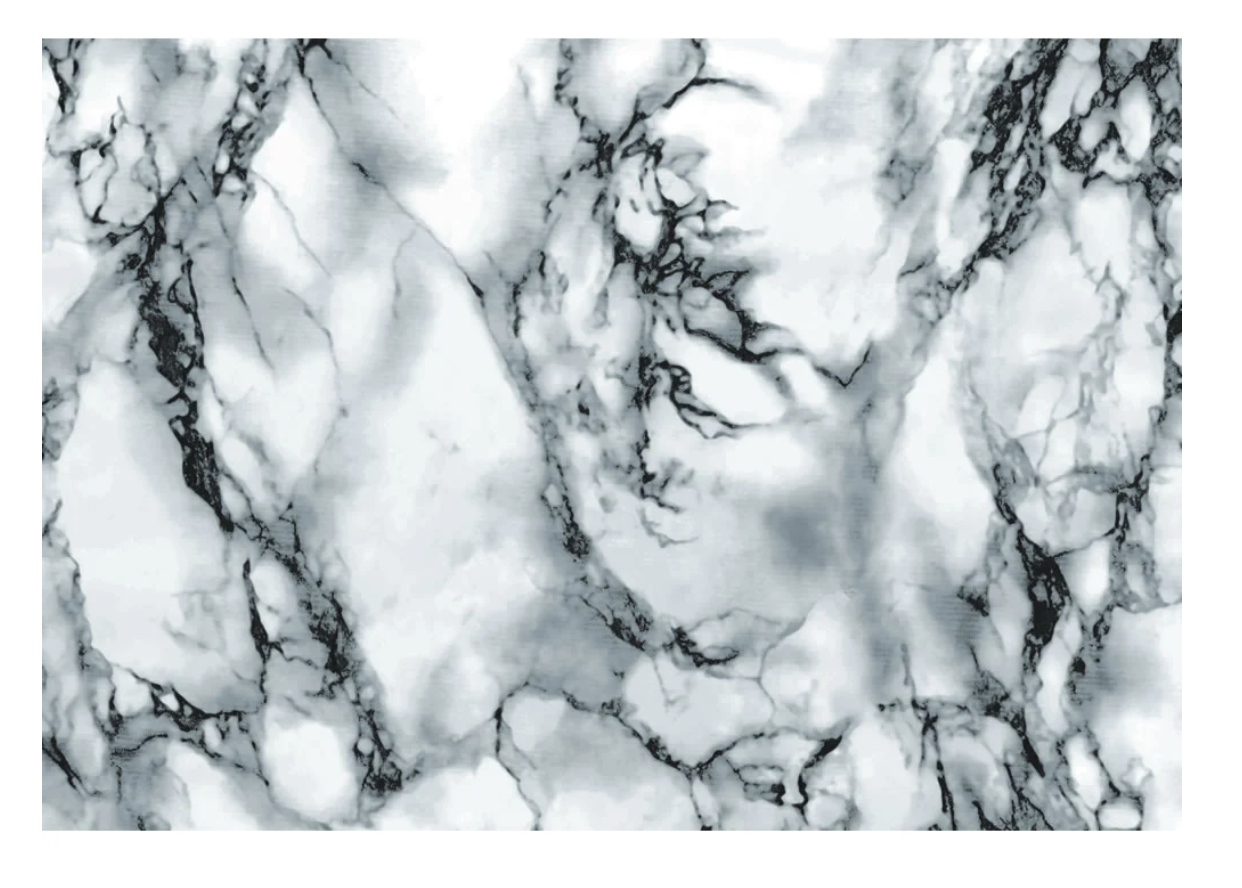 ‘I just bought it thinking it will fit anyway – which it did thank god!

Marshelle said her and Lauren spent five hours transforming the kitchen – and joked the DIY project came with lots of ‘sister’ arguments too.

She said the duo found the painting extremely easy as the cupboards only required one coat of paint however applying the vinyl around the sink was difficult.

She admitted she wouldn’t be in a hurry to do it again!

Marshelle added: ‘The hardest part was working around the sink – what hard work that was, never again!

I was bored of the old council looking kitchen in my house so I wanted a change to freshen it up a little. I didn’t like the colour and it felt outdated so I got it priced up and it would have cost me around £500 for it to be wrapped.

‘We had little arguments too – everytime we painted, one of us leaned on the wet paint by accident!

‘But we’re sisters so we argue over the little things! We laugh about it all now.’

Despite all the hard work, Marshelle said she has been left so impressed by the outcome of the kitchen.

She admitted that she didn’t think her and her sister could do DIY and make the kitchen look so great.

Marshelle said they are both very proud of themselves and each other.

She said: ‘I’m very proud of myself and we've had so many good comments about it.

‘I now LOVE my kitchen. It’s so much better than what it was like before and I wouldn’t change anything about it now.

‘I’ve had so many good comments on Facebook as it’s a massive difference compared to what it looked like before – I haven’t seen a bad comment yet!’

Another complimented the duo, replying: ‘Looks amazing, you both should be proud of yourselves.’

A third joked: ‘Can you come and do mine?’

Meanwhile a fourth shared: ‘Great job. I would like to know how they did it…looks brilliant.’

For more amazing home transformations, this thrifty mum used bunk beds to split her daughters’ room in two so they can both have some space & it’s an instant hit.

And this mum-to-be transformed her drab kitchen with Frenchic paint & B&Q bargains – and it looks amazing.

Plus this bloke used IKEA units to make incredible built-in bed and dressing table for his wife.