TEACHER Hannah Howells gave birth in the passenger seat of her Volvo – after an ambulance crew mistook her husband's attempt to flag them down as him celebrating their coronavirus work.

Instead, Andy Howells delivered baby Wilf in the footwell of the couple's XC60 4×4 while parked up outside a Sainsbury's Local just a mile from the nearest hospital. 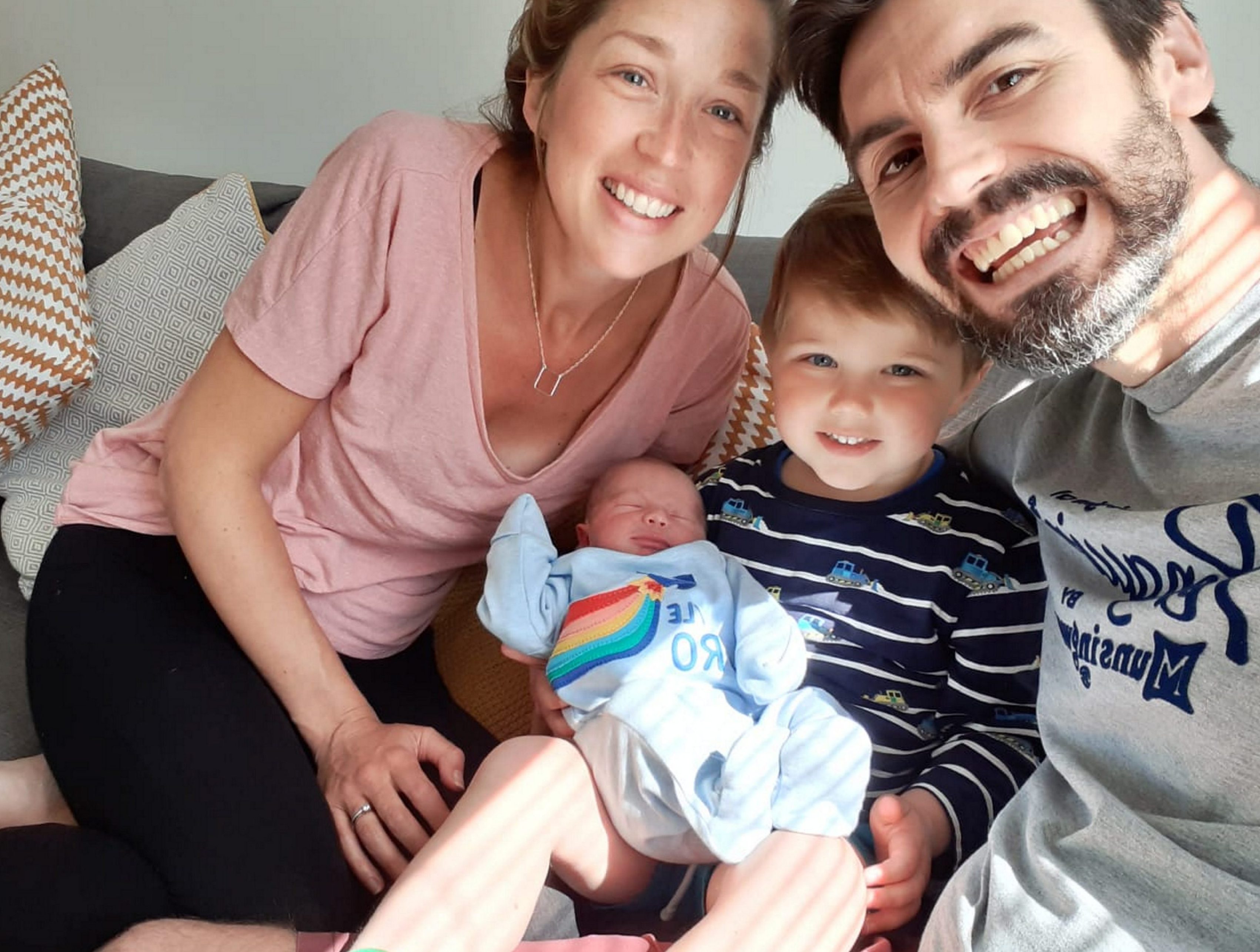 Hannah, 33, was even still wearing her seatbelt after they were forced to pull over when they realised they wouldn't make it to the maternity unit in time.

Just minutes earlier 37 year old Andy had tried to flag an ambulance going in the opposite direction but paramedics thought he was just
showing appreciation for their work during the coronavirus pandemic and simply waved back.

Unable to reach Princess Anne Hospital in Southampton, Hants, he pulled up in the Sainsbury's car park, where a helpful store manager came out to make sure no other cars could drive in. 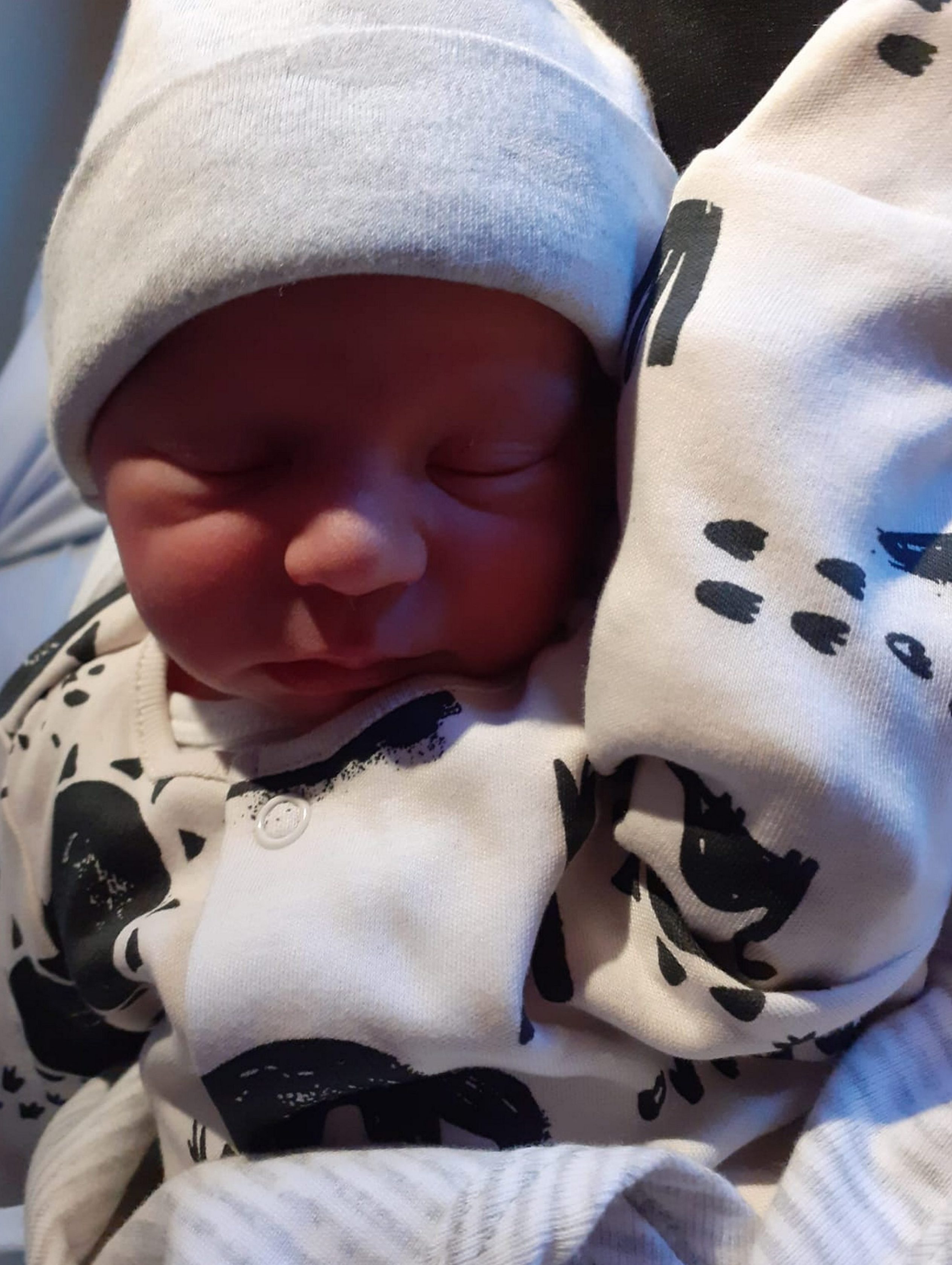 After speaking to a 999 call handler over the phone, Andy delivered 6lbs 7oz Wilf Tomas Howells a few minutes later.

Andy, who works as assistant director for Universities UK, thanked the NHS for their 'incredible' support and said he had been in touch with the call handler, Kelly-Anne Blake to arrange for her to meet Wilf.

He added: "The Sainsbury's is probably only about three or four minutes away from the hospital in the end.

"We couldn't have done it without the call-handler's help. She was incredible. She guided us through the whole thing."

Recalling the journey, proud mum Hannah, whose other son Theo is three, said: "Theo, who was picked up by his grandparents, excitedly waved us off, but I couldn’t even sit down in the car. 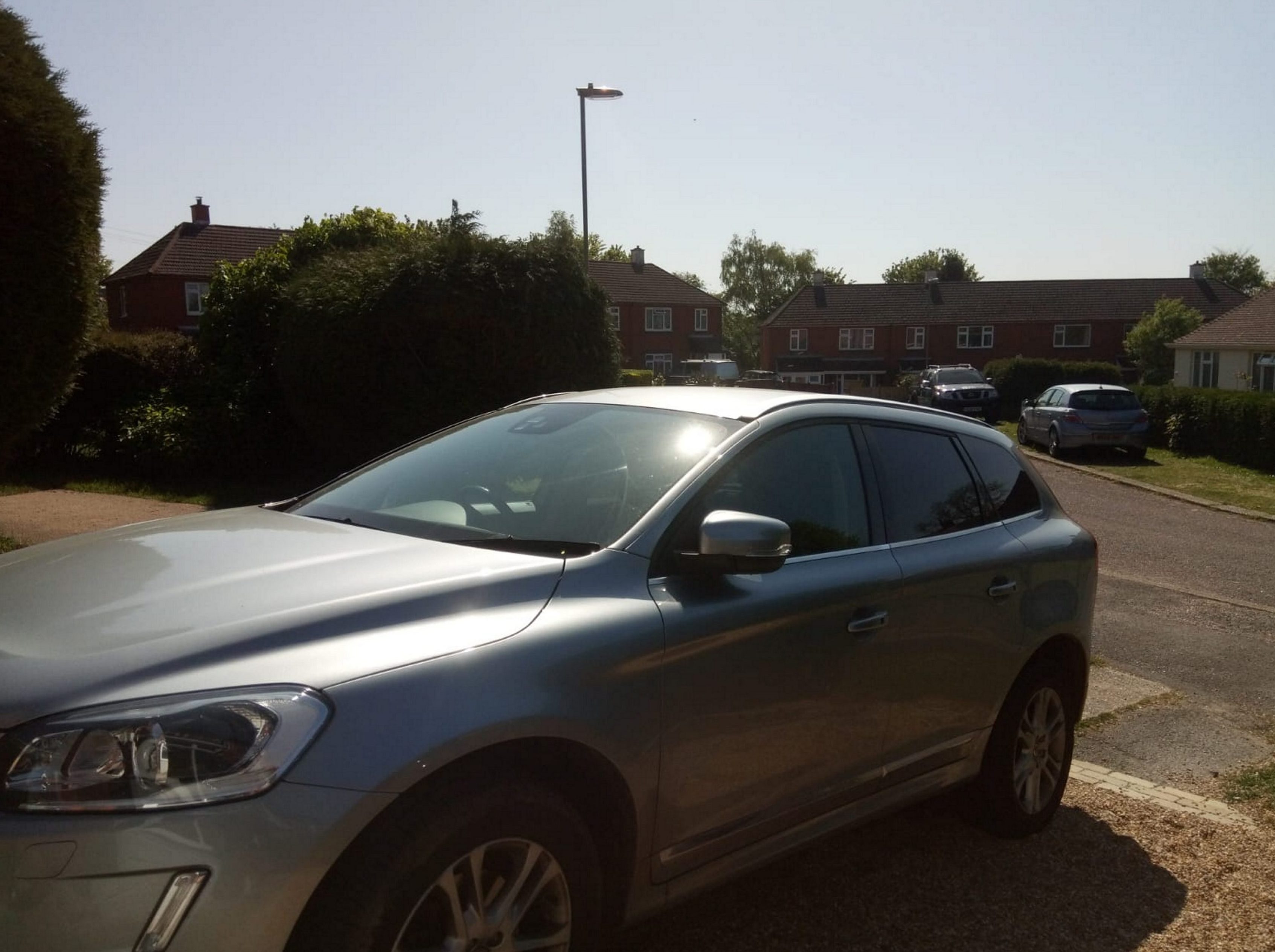 "The contractions were coming thick and fast and I just remember it went through my head 'how am I going to do this?'

"It was really intense. We were probably ten minutes into our journey and I said to Andy 'the baby is coming right now'.

"We were a couple of miles from the hospital and saw an ambulance coming in the other direction. Andy was trying to wave, but they quite rightly thought we were clapping for the amazing work they’re doing.

"We parked up and called the Labour Line and then 999 and the amazing lady who took the call talked my husband through delivering our baby."

One man who had been in the shop buying flowers for his wife, made a heartwarming gesture by giving them to Hannah instead. 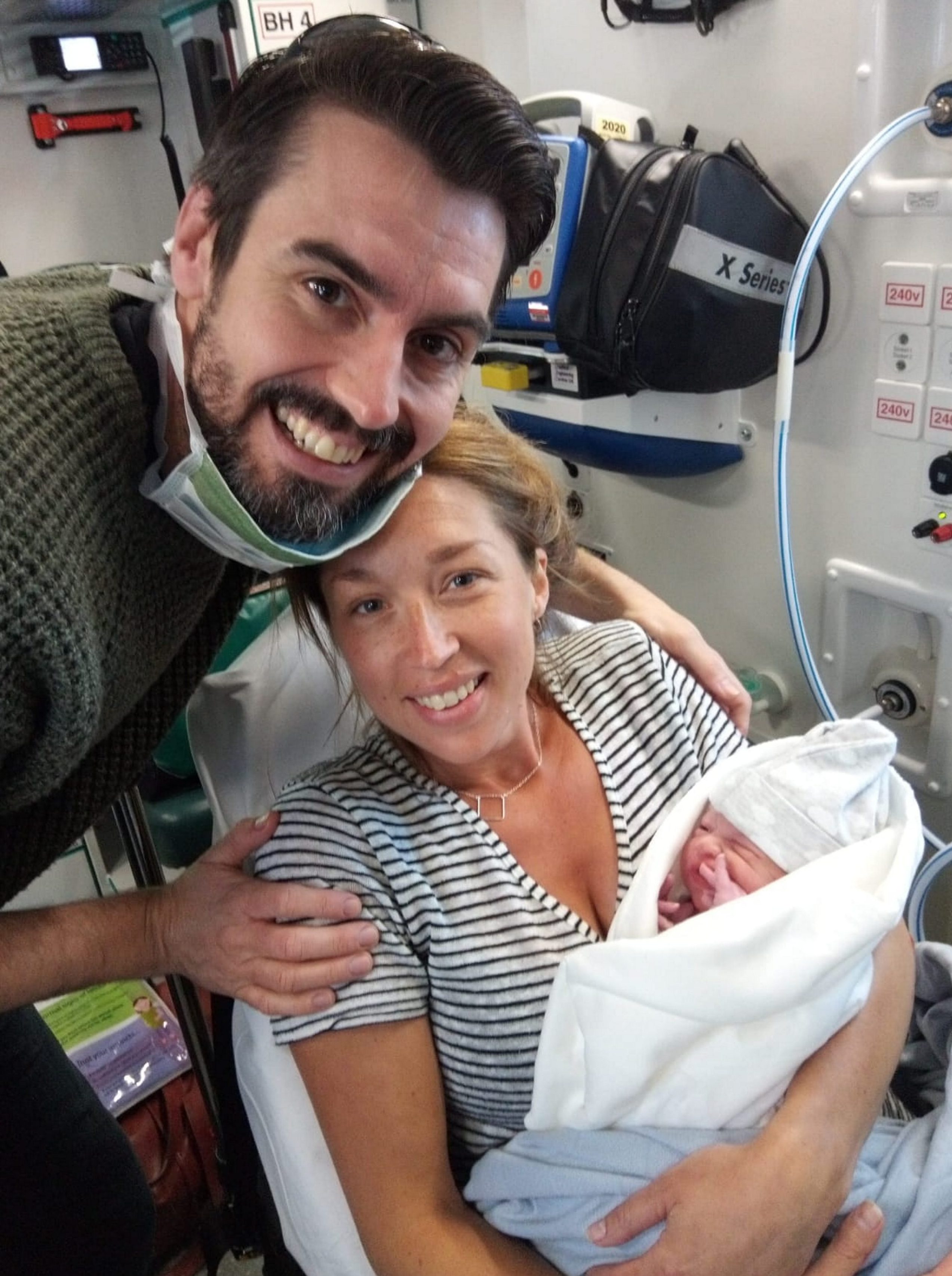 Primary school teacher Hannah, who lives in Hamble, near Southampton, added: "Wilf was already half way out on the front seat of the car and I still had my seatbelt on.

"People kindly offered help, the paramedics arrived, the store manager closed the car park and offered us anything we needed and I was even given a bunch of flowers meant for somebody else."

The same ambulance that had driven past the couple earlier later returned and drove them to the hospital where they stayed for just seven hours.

Hannah said: "It’s all been an absolute whirlwind. It’s so surreal.

"I’ll never forget hearing 'congratulations, your baby was born at 10.47am' down the phone. It was magical and everyone was incredible. People really rallied and it was such a special moment for us.

“Wilf is a trooper and incredibly calm. He’s chilled and super healthy. Theo has been an absolute star and is besotted with him. We’re all doing very well and we feel really lucky.”

We previously told you how a size 8 teenager din't realise she was pregnant until she was eight months along.