THE last thing you want to be on your wedding day is hungover, but an unexpected night out for one bride left her feeling anything but fresh.

She enjoyed one too many shots with her fiancé and some of the bridal party, but was regretting her decision the next morning when she threw up 13 times and had to be rushed to hospital. 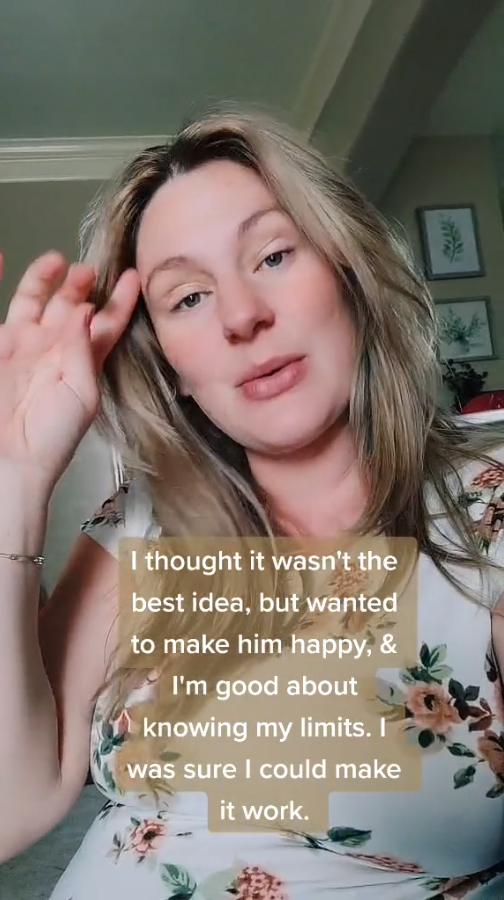 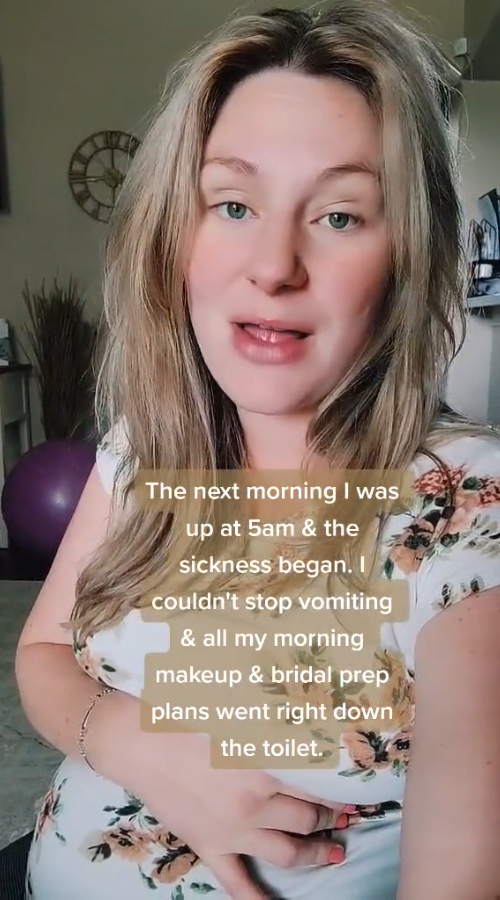 The bride, known as Rosie on TikTok, explained that her husband-to-be had wanted to go out the night before they were due to tie the knot and visit his old college haunts.

She agreed, because he never usually asks for anything, but the alcohol left her 'severely dehydrated' the next day, meaning she almost missed her wedding ceremony, thanks to a trip to the emergency room where doctors advised her to reschedule.

The bride explained: "On the night before my wedding my fiancé (who never asks for anything) wanted me to go out and have a couple of drinks with him and some of the bridal party at his old college haunts.

"I thought it wasn't the best idea, but wanted to make him happy and I'm good about knowing my limits. I was sure I could make it work.

"The first place they took us was a shot bar, and everyone was pushing shots into my hands. As the night went on, my judgement got worse but I hold liquor well and my MOH didn't realise how much I'd had."

All those shots came back to bite her when she woke up the following morning, with the bride continuing: "The next morning I was up at 5am and the sickness began. I couldn't stop vomiting and all my morning make-up and bridal prep plans went right down the toilet.

"We tried all the remedies and when nothing else was working, my bridesmaids finally insisted I got to the ER after vomiting 13 times.

"The [doctor] said I would need to reschedule the wedding because I was severely dehydrated and needed an IV."

Determined not to cancel her big day, the bride made a decision to head toher wedding ceremony and go ahead with the nuptials as planned.

"I told the doctor he had 45 minutes to give me and IV drip, my sister put my dress on me at the ER," she revealed.

"We raced to the venue while I put make-up on in the car and we made it to the church just in time to have a bouquet thrown in our hands and pushed down the aisle."

Despite her nightmare morning, it sounds like the bride managed to pick herself up and still make the wedding one to remember.

She captioned her video: "We still get compliments about how awesome our wedding was." 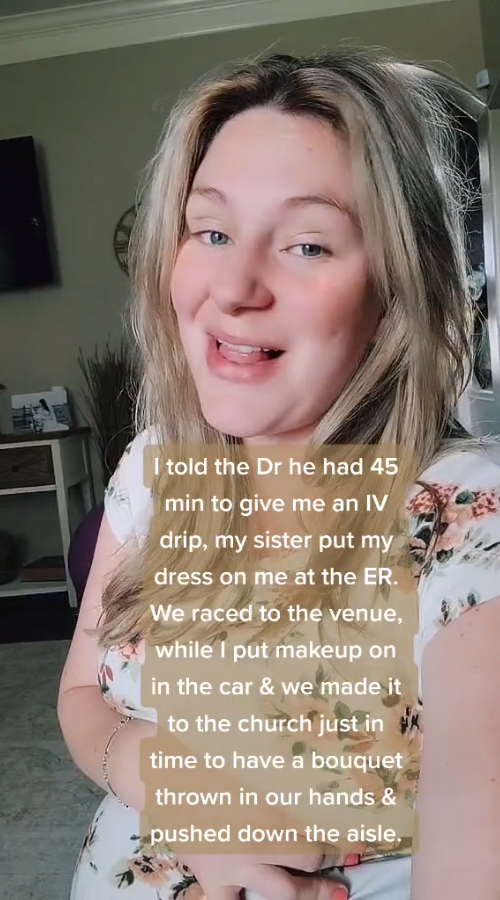 Plus, one bride Photoshops ‘badly behaved’ bridesmaid OUT of her wedding pictures – after she turned up late and gossiped.

And a bride-to-be was thrilled after bagging dream wedding dress for just £36… then left devastated when it arrives.