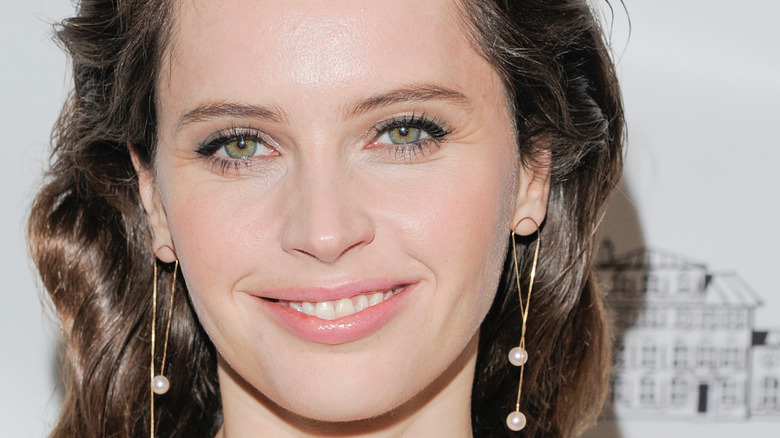 They say that a solid morning routine can be the difference between a good day and a bad day. For a lot of people, the extent of their morning routine consists of hitting snooze over and over again and then maybe rushing out the door, granola bar in hand. But according to experts, creating a morning routine that you follow every single morning can actually reap some impressive benefits to our health, body, and overall productivity (via Very Well Mind).

Have you ever wondered what a celebrity morning routine consists of, as some of the most successful people in the world? Many celebrities rely on grandiose wealth in order to make the most of their mornings, such as Jennifer Aniston’s, which consists of expensive fruit smoothies and daily workouts with her personal trainer, per PureWow; or perhaps Mark Wahlberg, whose morning routine is maybe one of the most intense we’ve ever seen, as he claims to wake up at 2:30 a.m. every morning and by 9:30, has already had two breakfasts, two workouts, and a casual session in the cryo chamber (via Man of Many).

If you’re looking for a more attainable, chilled out morning routine that will still get those productive juices flowing, you should take a few notes from Felicity Jones.

Felicity Jones set aside time for self care in the mornings 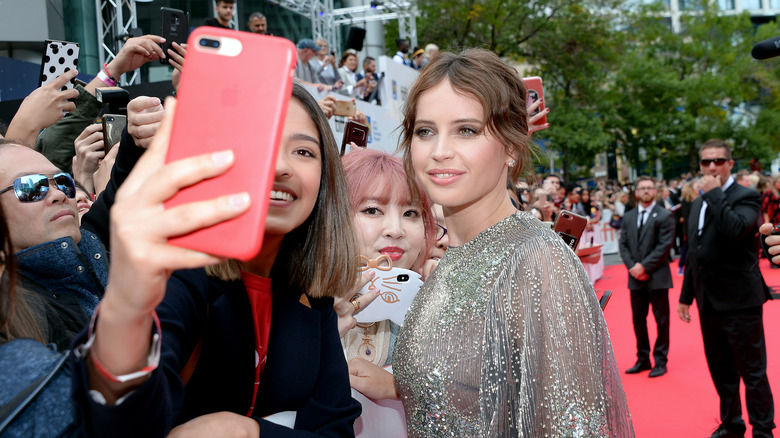 Felicity Jones shared all the details of her morning routine with Net-a-Porter. As soon as she wakes up, the “On the Basis of Sex” actress starts off every morning with a few minutes of stretching and deep breathing, which she will always follow up with a cup of English breakfast tea — a step she deems “non-negotiable.” and for those of you wondering about her thoughts on the debate of showering in the morning of the evening, she likes an A.M. shower.

For breakfast, she makes a banana and almond milk smoothie with dates, as well as vitamin C and zinc supplements, which she says she makes sure to prioritize while she’s filming. Jones confesses that she’s not a fan of the gym, and will always opt for being outside, doing yoga, going for long walks, or swimming. According to Shape, she has a designated yoga corner, a space where she can lay down her yoga mat and light a candle. “Even if it’s just for 10 minutes, I have a stretch. Then I feel a little more centered and ready for the day,” she said.

She shares that she always makes sure to set aside some time in the morning to give herself a little at-home facial, which consists of a face roller, a brightening serum, and a “wake-up massage,” per Shape.

Now this is a morning routine we can get behind.