PARIS — Kim Jones has extended his collaboration with Peter Doig at Dior, embracing the artist’s passion for skiing to create a capsule collection of men’s skiwear featuring jacquards and fleeces with decorative patterns inspired by his paintings.

Whereas their initial work together on the French luxury house’s fall 2021 collection focused on uniforms and ceremonial garb, this capsule melds artistry with technical know-how. The colors, ranging from brilliant orange to intense blues, are directly inspired by Doig’s universe.

“He has such a passion, and he also spends a lot of time working in Zermatt, in Switzerland, so he is interested in the technical side of skiwear because he skis every day when he’s there. It brought a lot of inspiration to the collection,” Jones said in a statement.

Snow scenes and skiwear often feature in the work of the painter, who is known for unsettling landscapes that blend reality, memories, found images and references to art history. Several of his canvases are currently on show at billionaire François Pinault’s Bourse de Commerce contemporary art museum in Paris.

Doig created a number of art works specifically for the collection, some of which refer to the sweaters and jackets he wore as a teenager. “Because it was cold where we grew up, our casual clothes were often ski clothes,” he said. “So the clothes have to be very much wearable off the slopes as well as on.”

His “Zermatt Cat” painting appears on items including a sweater and a knit blanket lined with cashmere, while a multicolored camouflage knit sweater, first portrayed in a Doig canvas, then recreated by Dior, is now proposed in frosted blue hues.

Jones, who launched his first men’s ski capsule last year, again teamed up with specialist brands, namely Descente, a Japanese maker of ski apparel that has historically incorporated the ideas and experiences of leading athletes into the development of products like its Magic Suit.

He reunited with Swedish company POC, which makes protective equipment and athletic gear used for skiing, cycling and mountain biking, on a helmet bearing the Dior logo and ski goggles engraved with the Dior Oblique signature.

Swiss ski-maker AK was also back for a second season, with a high-end snowboard laser-engraved with the Dior Oblique motif. Meanwhile, French company Akonite was brought in to bring its know-how to a sled.

The collection will be launched at the beginning of December, with products priced from 350 euros for a pair of under gloves to 6,500 euros for the snowboard, Dior said.

Since taking over as artistic director of men’s collections at Dior, Jones has worked with artists as varied as Kaws, Daniel Arsham, Hajime Sorayama and Raymond Pettibon. In some cases, the collaborations extend beyond the main collection into capsule lines, as was also the case recently with Kenny Scharf. 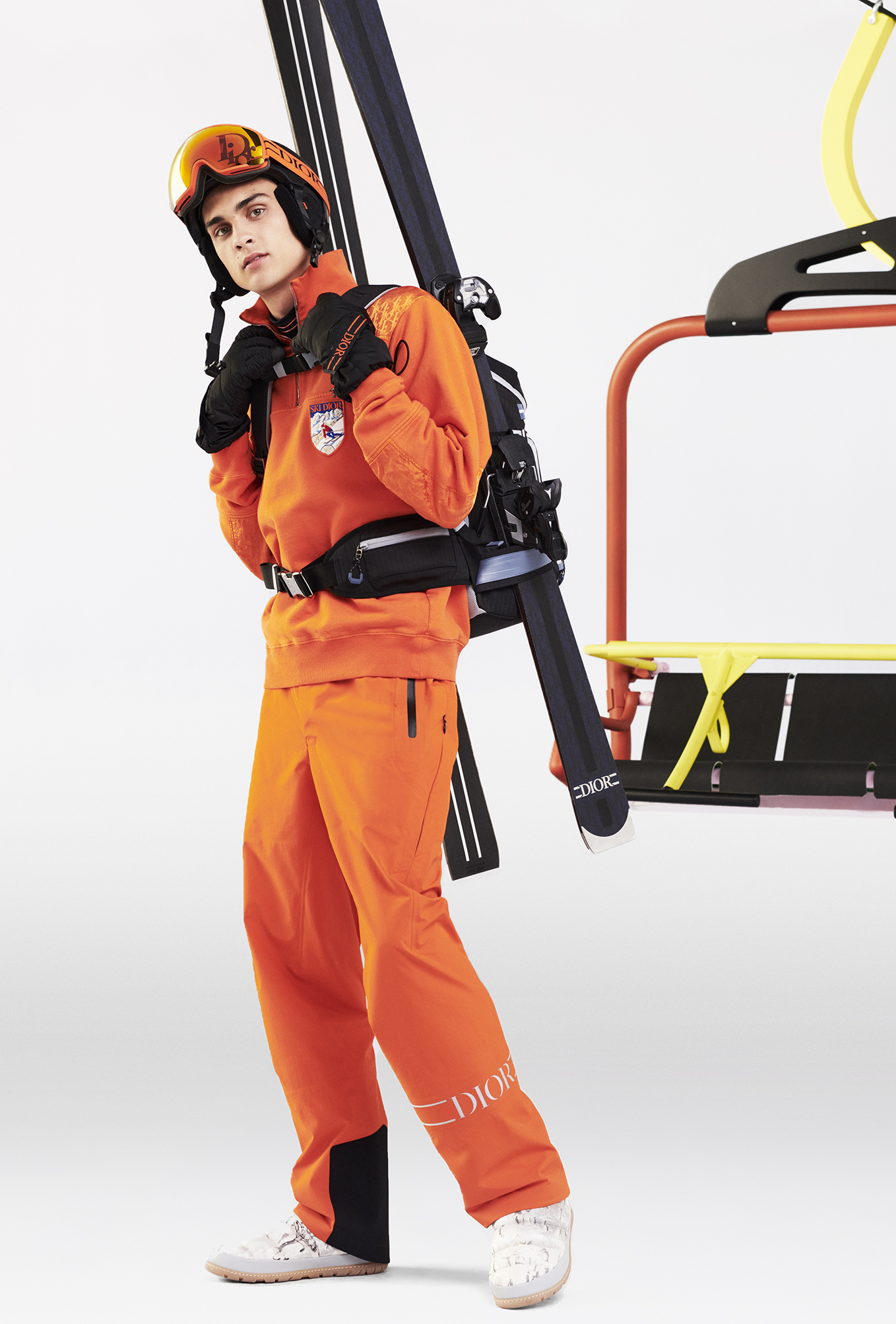 Dior Teams Up With Kenny Scharf on Playing Card-themed Collection