YOU would think model Vogue Williams wouldn’t have a single thing to
complain about when it comes to her appearance.

The 34-year-old, who is married to reality TV star Spencer Matthews,
shocked fans this week however, when she admitted that she hates her
small bum and is “on a mission to get a bigger bum.” 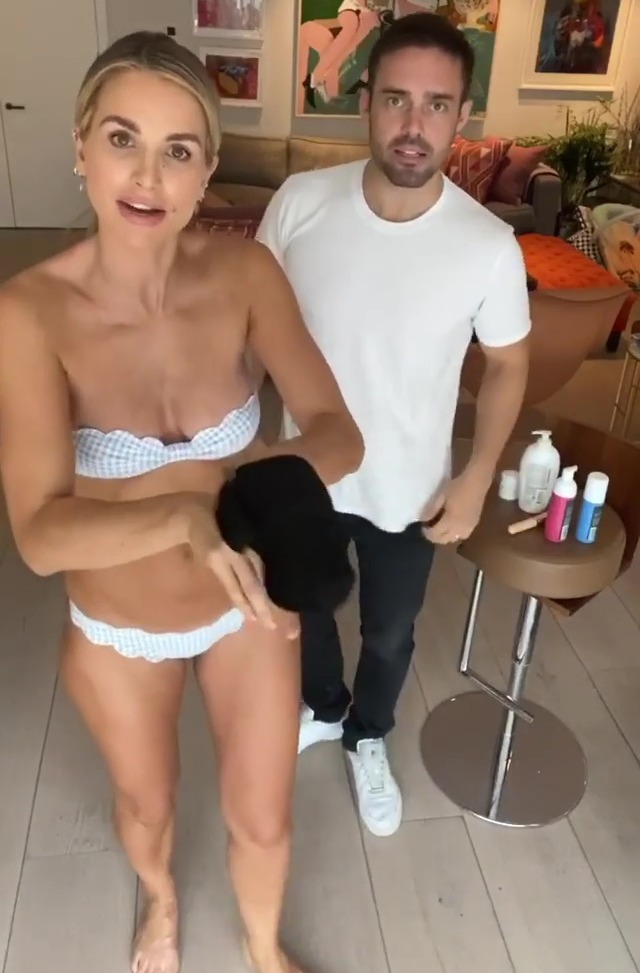 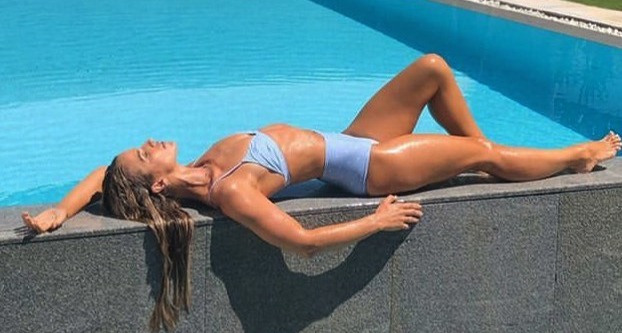 Mum-of-two Vogue, who was speaking on the Spencer & Vogue Podcast,
added that while she wanted a bigger bum, she loves her small boobs
and finds it annoying when they grow in pregnancy.

But model Vogue isn’t the only celebrity to admit they have parts of
their appearance they love, and parts they hate.

From hips and height to legs and lips, we look at celebs body hang ups
vs the body parts they love. 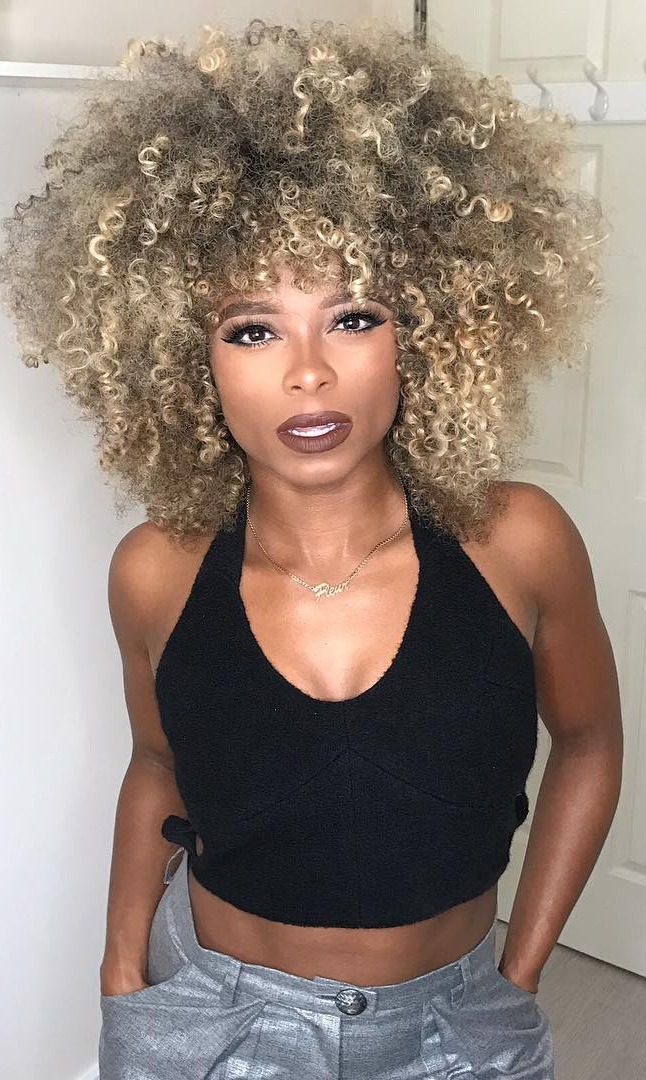 Singer Fleur East, 32, has said she loves her curvy figure and claims
her shapely hips, bum and thighs make her feel confident and sexy.

But the “Sax” singer has also admitted she doesn't like her small
boobs, especially when she loses weight. 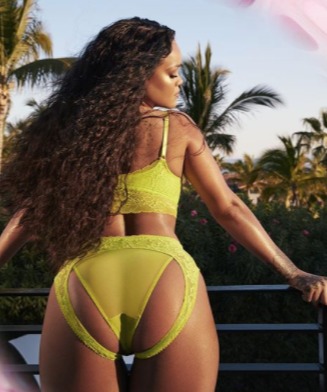 Pop star Rihanna, 32, isn’t afraid of showing off her body, often
posting nude and nearly nude images on her instagram.

But while the singer has said she loves her bum and hips, she hates
the top of her legs because that’s the area she gets cellulite. 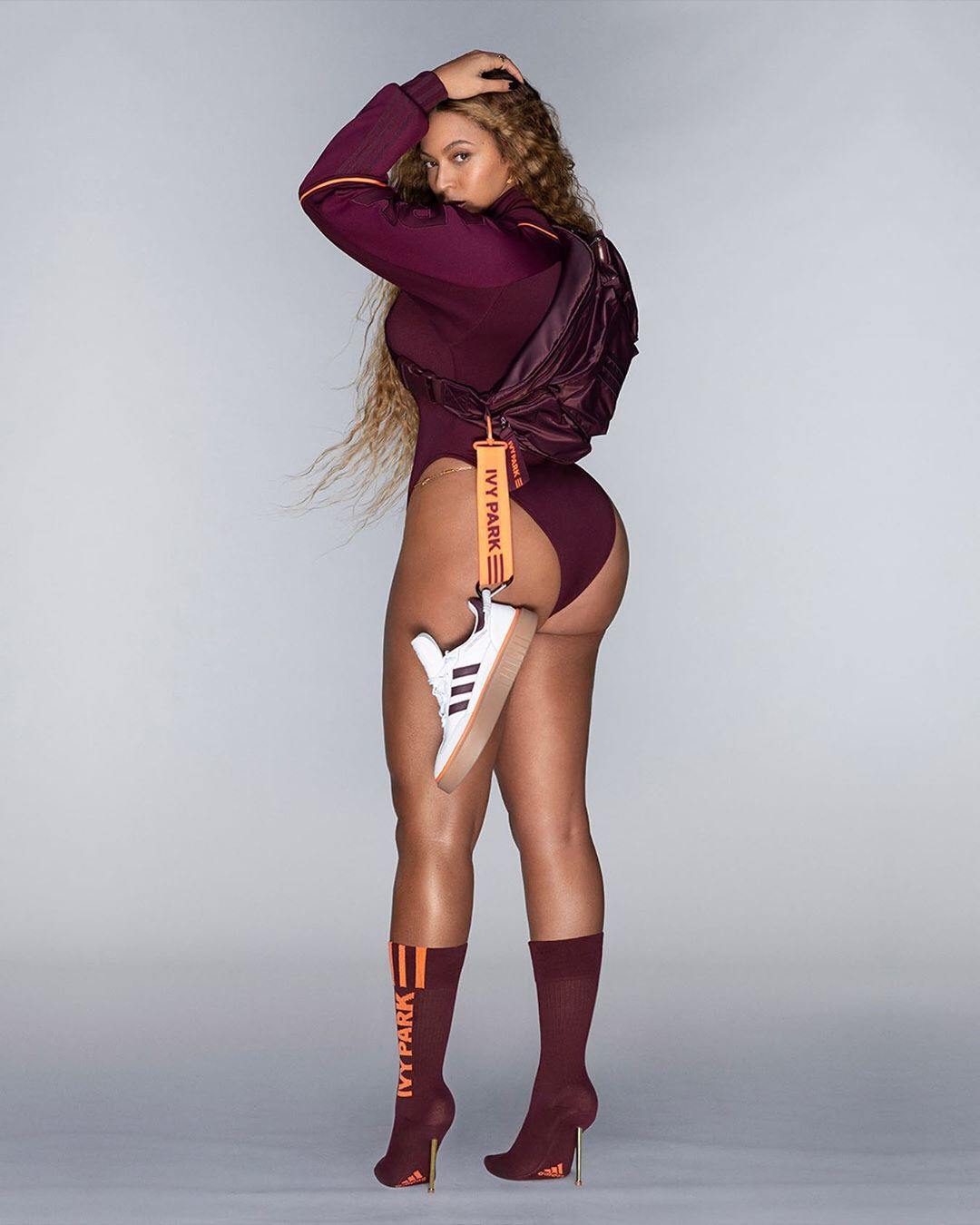 Queen B Beyonce is envied by women worldwide for her hourglass figure,
and the singer says she loves her hips and tummy, or “FUPA” – that’s
Fat Upper Pubic Area.

That “mommy pouch”, she goes on to say, is her “little FUPA” and she’s
totally fine with it. 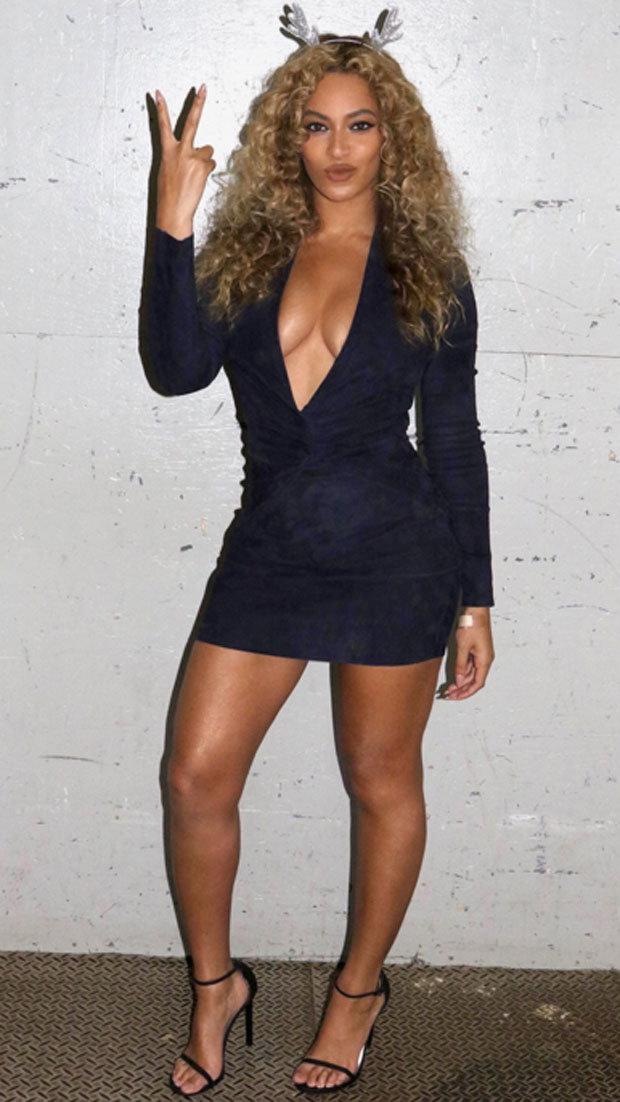 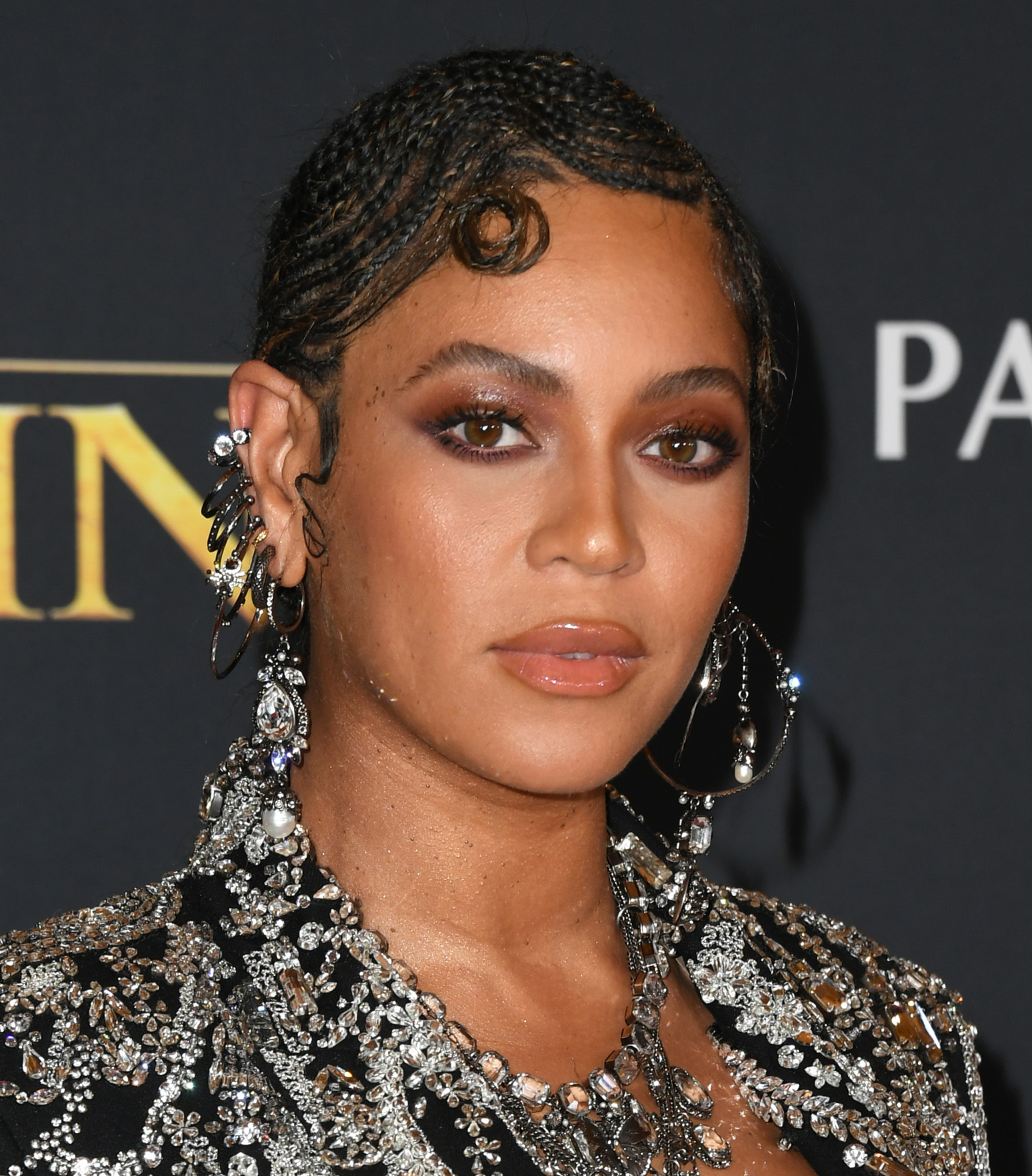 Even though she is open about loving her curves, the singer has
revealed she doesn't like her ears or feet.

In one interview she said: “I used to get teased because [my ears]
were bigger than my head," and admitted she wears big earrings because
she doesn’t like her ears.

While in another she confessed she has “toe woes”, saying: “After all
the years dancing [my feet] are a little beat up.” 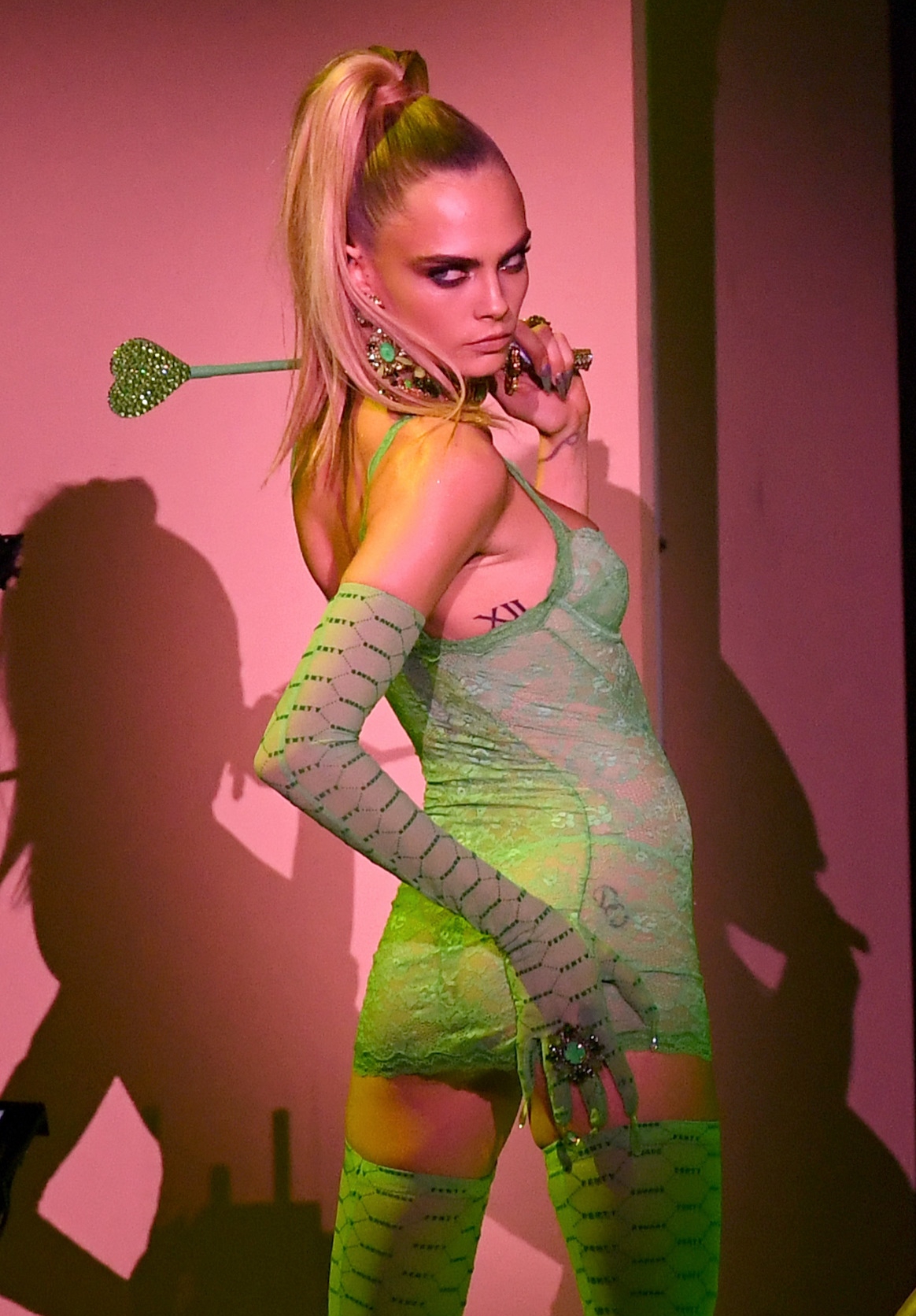 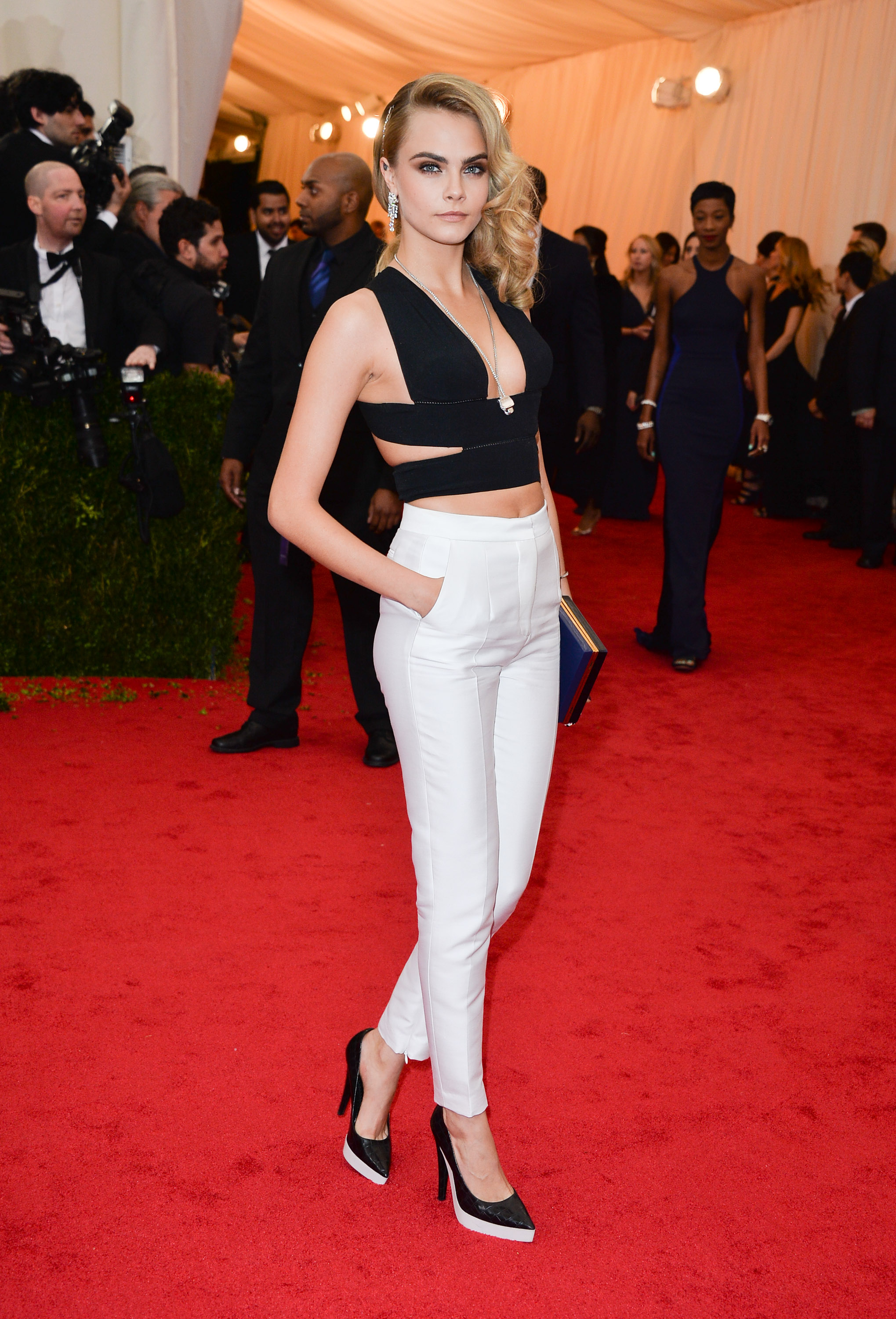 Supermodel Cara Delevingne, 28, gets paid millions for her looks.

But while she admits she loves her eyebrows and facial features, she can’t
stand her hips and boobs and wishes she was curvier. 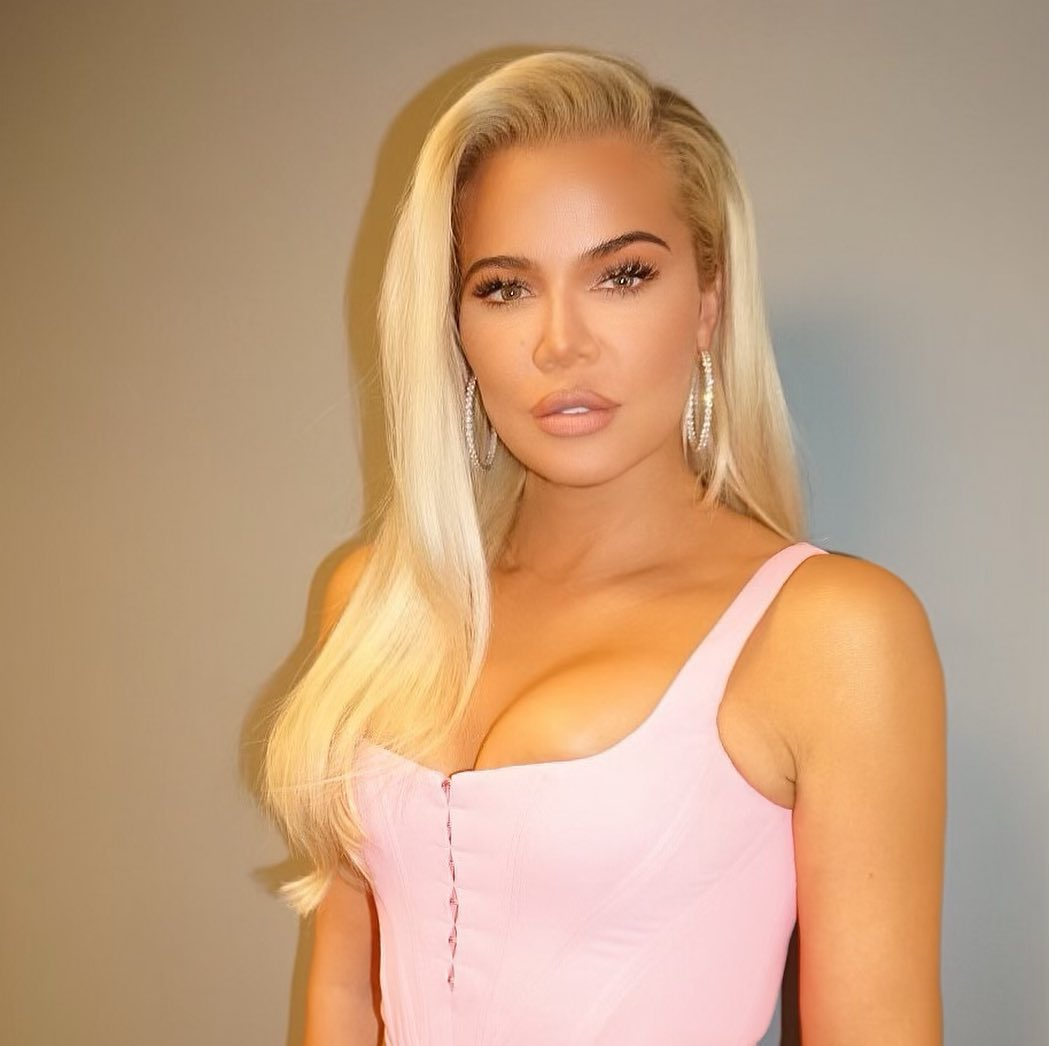 But the mum-of-one confesses she hates her skin as it is covered in
moles and freckles that she wishes were not there. 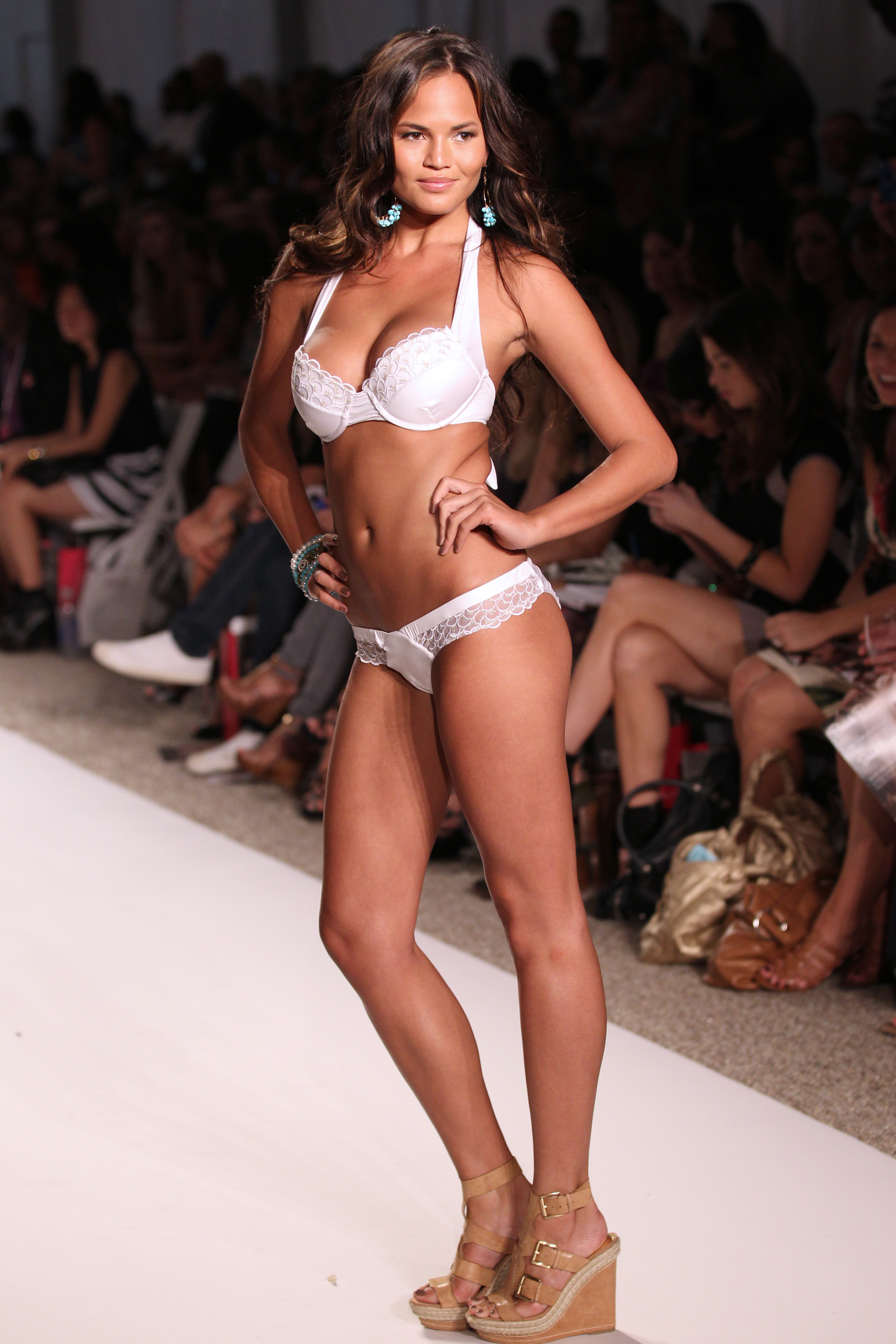 American model Chrissy Teigen has said she loves her “pug face”,
admitting: “When I see my crazy, weird smile and my teeth being too
big for my mouth, I see it as showing genuine emotion and happiness,
so I don’t see it as a negative thing anymore.”

But the mum-of-two admits she struggles to love her tummy after two
pregnancies. She said: “I do look at [my body] in the shower and
think, ‘Arghhh, these kids’.” 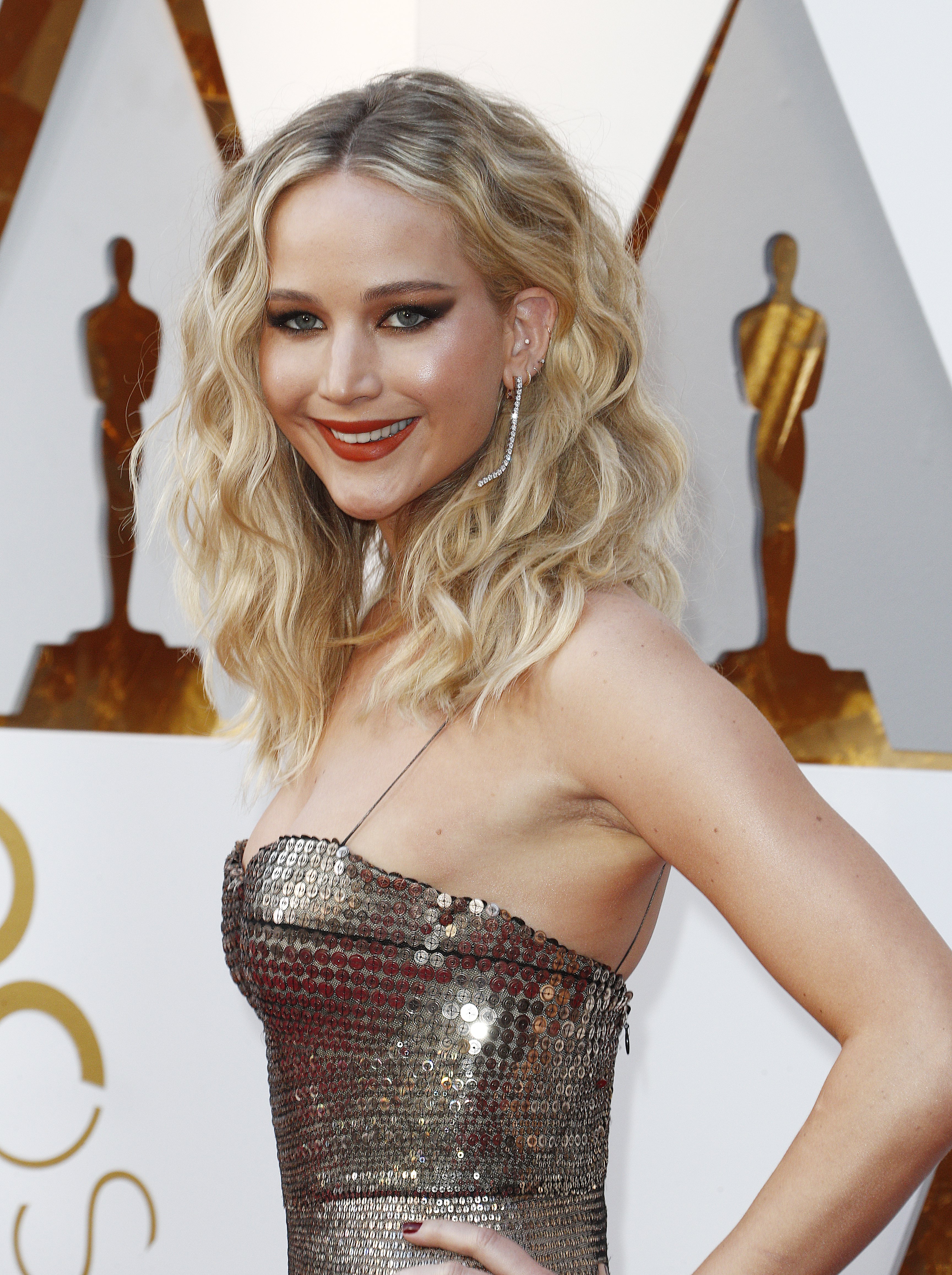 Actress Jennifer Lawrence is never one to sugar coat things.

The 30-year-old spoke out about hating her “armpit vagina” referring
to the fat under her armpits, saying: “I know I have armpit fat… It’s
armpit vagina.”

But the size 10 star says she loves her “normal” figure, and believes
working out and doing pilates makes her look "strong", admitting she
would hate to be any skinnier. 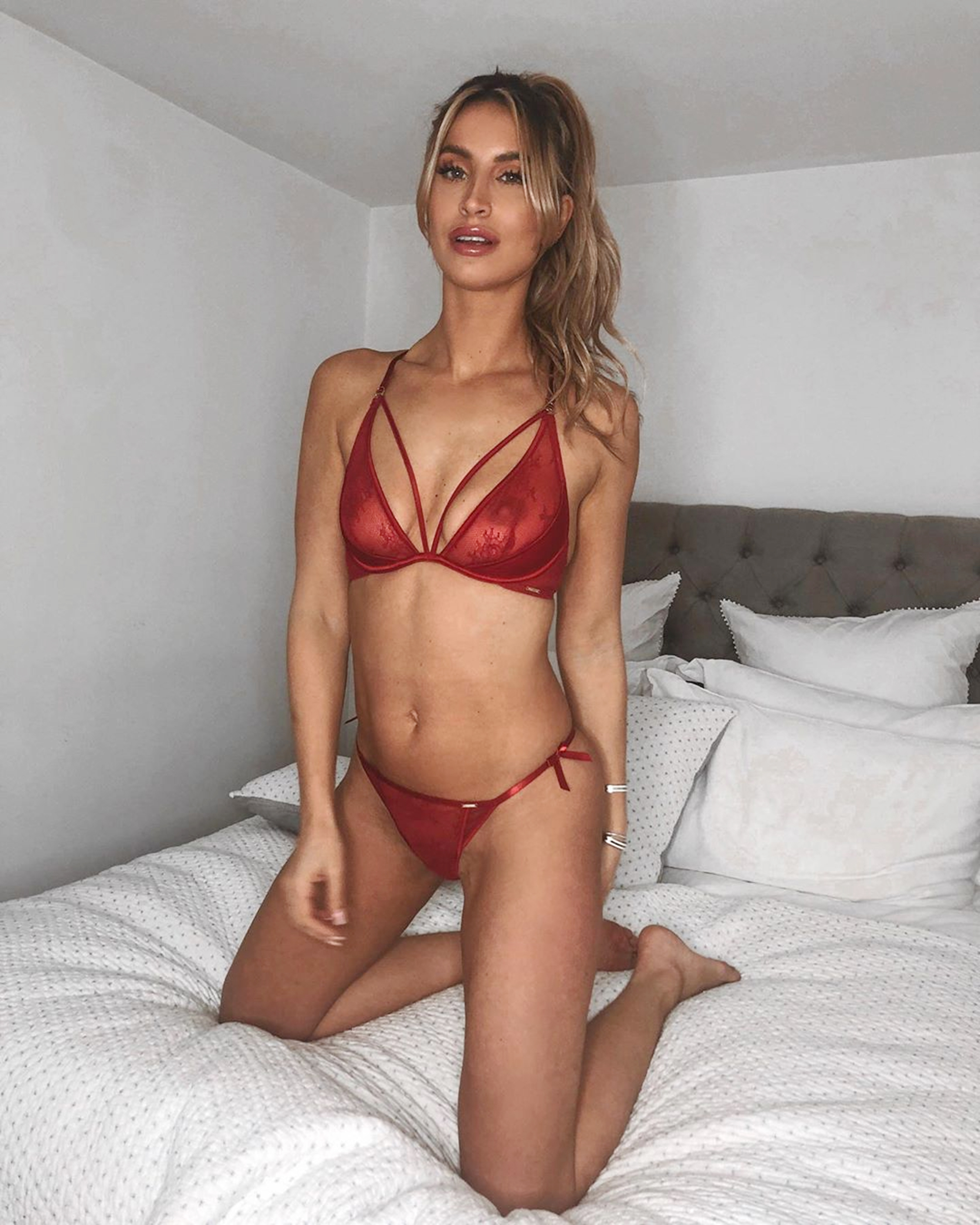 Ex TOWIE star Ferne McCann has been through a rollercoaster of
emotions when it comes to her appearance.

The 30-year-old mum-of-one has admitted she doesn’t like her nose and
boobs saying in an interview: “I want another nose job – I’ve never
told anybody that before. I would love another one.

“I want a boob job too. I want natural boobs. Mine are so saggy now
after breast-feeding my baby. I don’t like big, fake boobs – they look
so tacky. 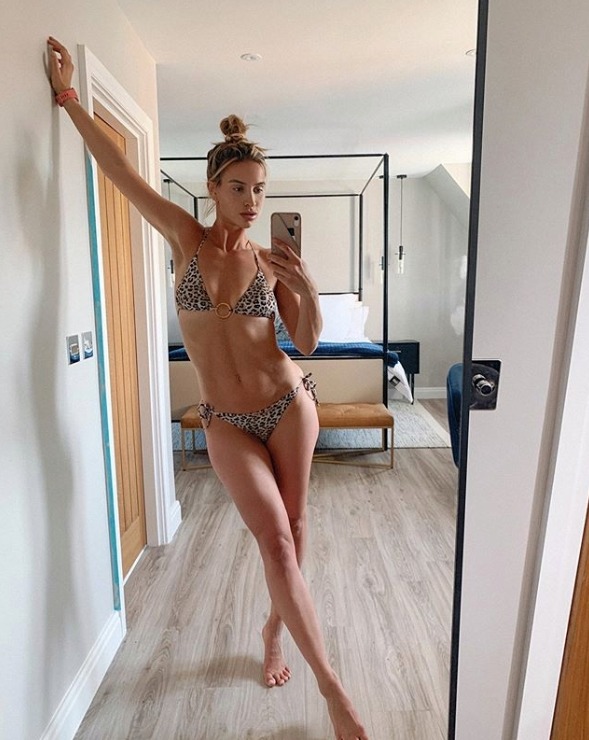 "I want teardrop ones. I just want them to look like how they did before."

But the TV star, who has recently launched a fitness website after
getting into regular gym sessions, has said she loves her muscles,
saying she feels empowered by lifting weights and getting strong curvy
legs and arms. 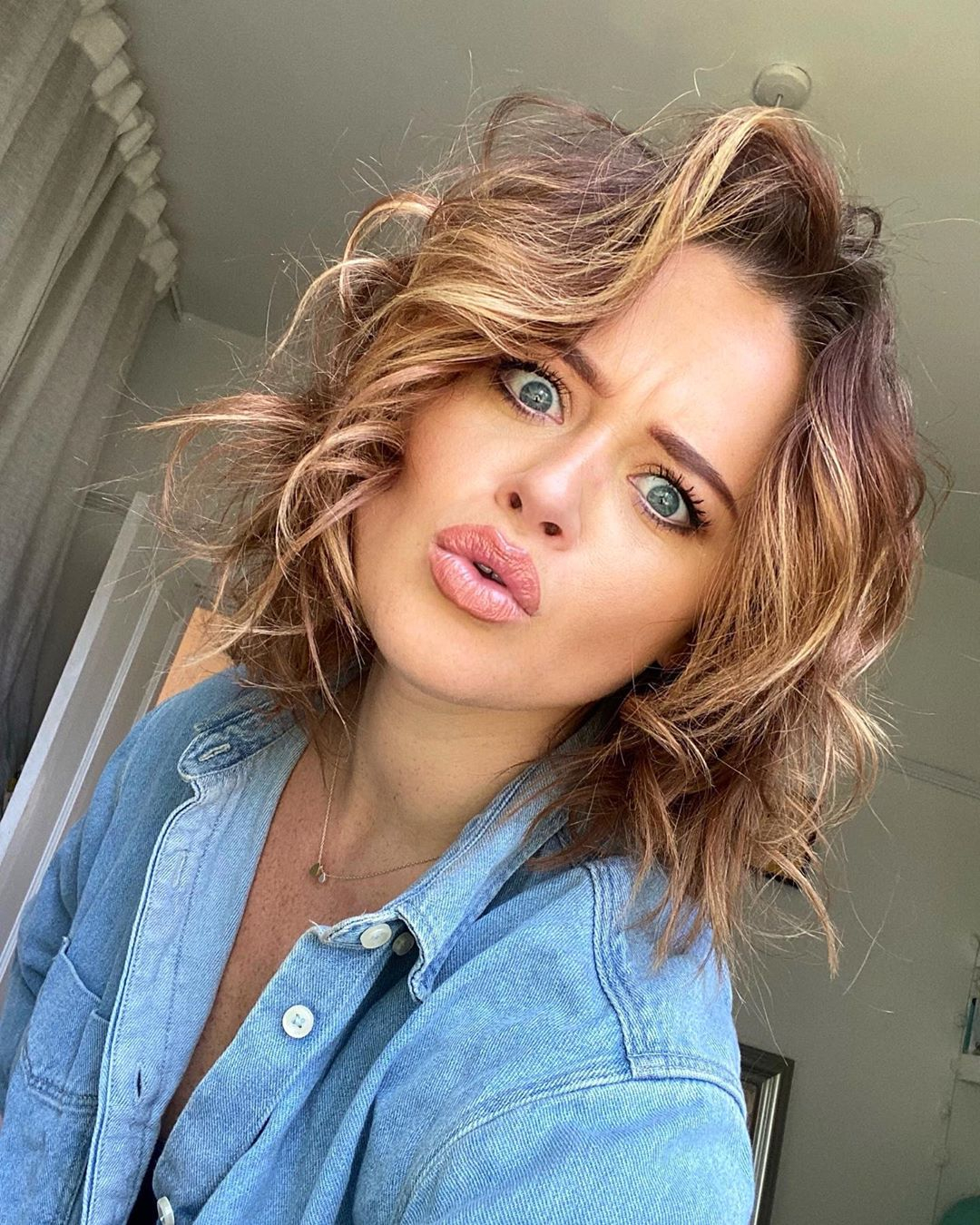 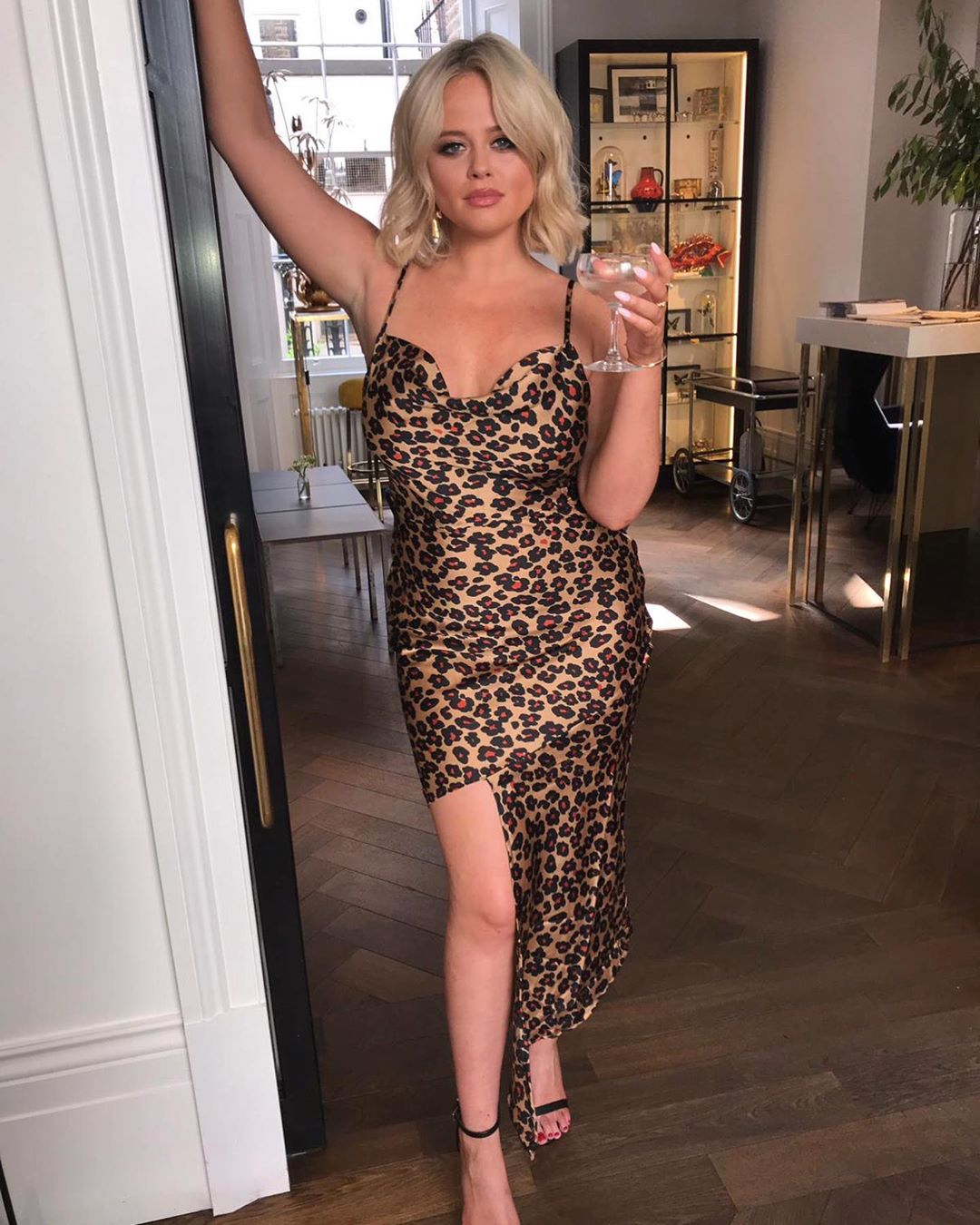 Emily Atack has spoken out about her boobs admitting she used to feel
bad about having big breasts, but now loves them and thinks they
should be celebrated.

The 30-year-old Inbetweeners actress and I’m A Celeb runner up has
admitted she often gets judged on her “pouty face” and as a result,
has always been self conscious about her lips.