Claudia Schiffer is maximizing a milestone birthday with yet another collaboration — one with Barbie.

Today, in honor of the supermodel’s 50th birthday, the @BarbieStyle channel is unveiling two re-created designer looks inspired by runway styles she modeled years ago. A shimmery pleated blue gown with a corset bodice inspired by the one the model wore in Versace’s fall-winter 1994 show will be featured, as will a long-sleeved black macramé dress with faux cutouts and a waist-cinching belt similar to the style Schiffer wore in Balmain’s spring-summer campaign.  However, neither of the sophisticated runway-worthy looks is available for purchase, nor is the Schiffer-inspired doll. The looks will be featured in a “photo editorial” via @BarbieStyle.

On her actual birthday, Aug. 25, Schiffer rolled out special designs with Frame Denim, Bamford and Lucie Kaas. She also put together a capsule collection for Versace. And Dolce & Gabbana’s Domenico Dolce and Stefano Gabbana selected styles from their fall Devotion collection for Schiffer, including a handbag that they signed and customized for her. More recently, Schiffer signed with CAA Fashion earlier this month.

Despite the noncommercial aspect of the latest collaboration, Balmain’s creative director Olivier Rousteing raved about Schiffer in a statement, describing her as “one of fashion’s most transformative figures and the definition of a fashion model.” He said, “Over the decades, she‘s inspired millions with her distinctive mix of confidence, style and beauty. Seeing her in one of my favorite runway looks was one of my proudest moments and the Balmain campaign that she shot with me will forever remain one of my favorite memories.” 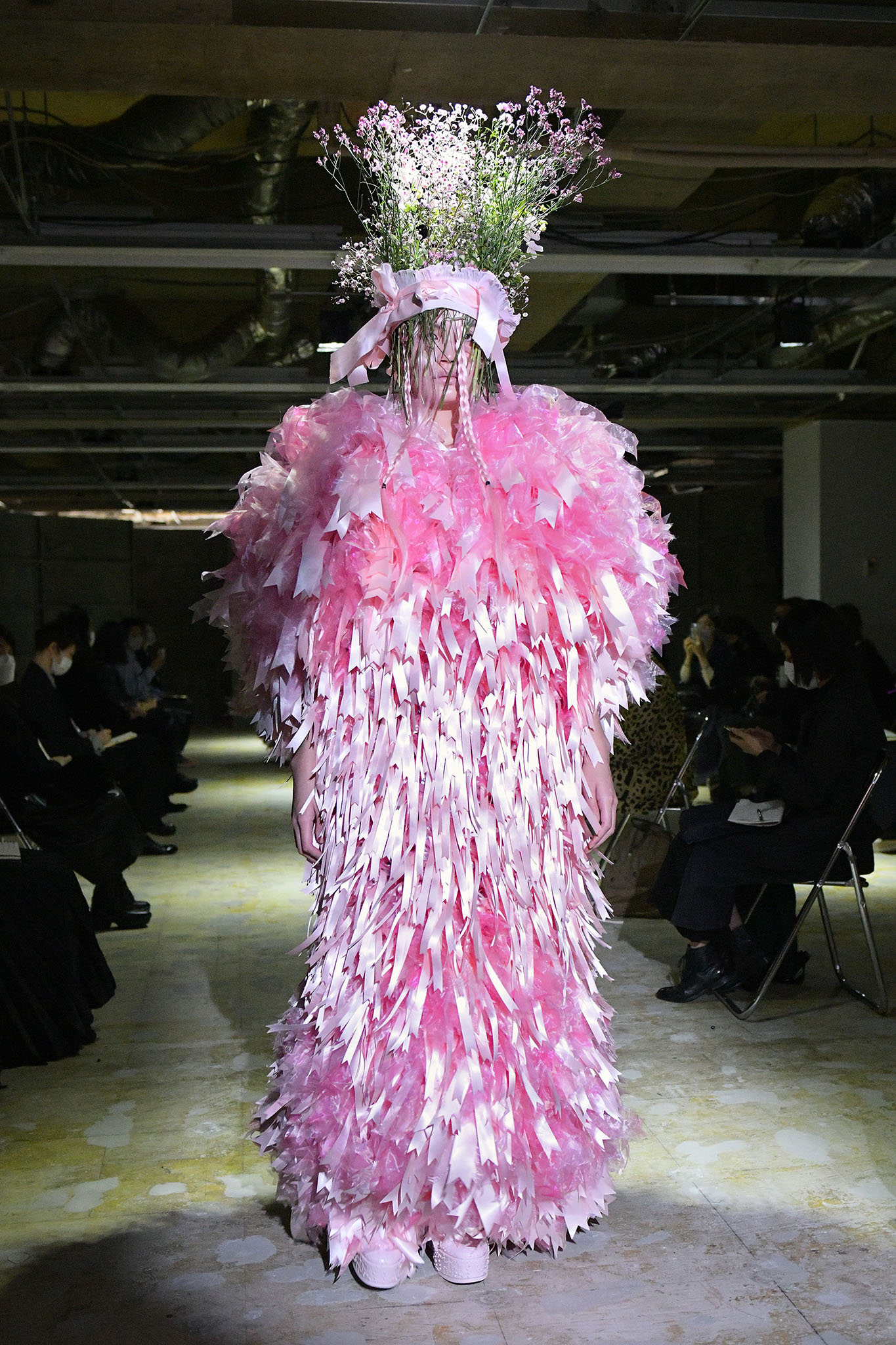 In another statement, Donatella Versace said Barbie has been “a mirror of our society that kept evolving with it,” since the time that she and Schiffer were little girls. “When Claudia first stepped onto the runway with her blonde, long hair and that angelic face, the whole world immediately saw her as the personification of Barbie. Two strong women, who do not need to be empowered by anyone, because they have always been the makers of their destiny,” Versace said.

Having appeared in too many runway shows to count, Schiffer said the two dresses used for Barbie “made strong fashion statements when they were worn and they mark key moments in her career.”

Asked if she was wary of reinforcing Barbie’s stereotypical beauty — svelte, blonde and blue-eyed — Schiffer said, “I was inspired by the brand’s evolution and think sending a message to girls that they can be anything is incredibly important. Some of the best advice I received during my career was to understand the power of confidence and being myself. It’s an honor to work with Barbie and see how they leverage their global reach to inspire girls and share the same message.”

The German-born model has been exploring her past in other ways. In the midst of curating an exhibition of Nineties photography at the Kunstpalast Museum in Düsseldorf, Germany, which bows March 4, Schiffer said, “The Eighties was when I fell in love with fashion, but the Nineties was when I learned what fashion really was. It was an intense and amazing time that has not been seen before, when shoots lasted for days and fashion was front-page news.”

The exhibition will feature the world of Helmut Newton, Herb Ritts and other defining photographers. Schiffer discusses the complexities of working with Newton in the documentary “Helmut Newton: The Bad and the Beautiful” that was released in late July. The photographer had an appreciation for Barbies and other dolls, as seen in the film. Schiffer declined to comment about whether Newton, or other creatives she worked with, used Barbies and other dolls in the creative process, in the e-mailed Q&A with WWD.

“Living and breathing” fashion in the Nineties, Schiffer said she realized that she and other supermodels had the power to create change. In addition to showing her journey, the show will spotlight some of the industry’s leading artists. There will be major photography, unseen materials, video footage, music and memorabilia from her private archives.

Schiffer’s raft of birthday-inspired collaborations include glassware and ceramics with the Portuguese brands Vista Alegre and Bordallo Pinheiro. Growing up in Germany in the countryside, she said she drew inspiration from clouds and butterflies. The Vista Alegre vases are offered in naturalistic colors to bring a sense of nature into the home, she said. Her ceramic pieces for Bordallo Pinheiro are more detailed and decorative, and more styles will be offered this year and next year.