Peek-a-boo! The singer stunned in a shimmering, burgundy dress that looked like it was painted on her body.

Berry nice! Ciara, 36, made sure all eyes were on her as she arrived at the annual Vanity Fair Oscar Party in Beverly Hills on Sunday, Mar. 27. The songstress looked absolutely stunning in a shiny, merlot-hued ensemble with chic cut-outs galore.

The “Level Up” artist smoldered in the asymmetrical number, which was elegantly draped over her lean figure. Offering up more skin, her dress featured little cutouts on the chest and on her midriff. Continuing the glamour, she slicked her hair back and played up her eyes with some matching metallic shadow. A diamond cuff and platforms completed Ciara’s ensemble. 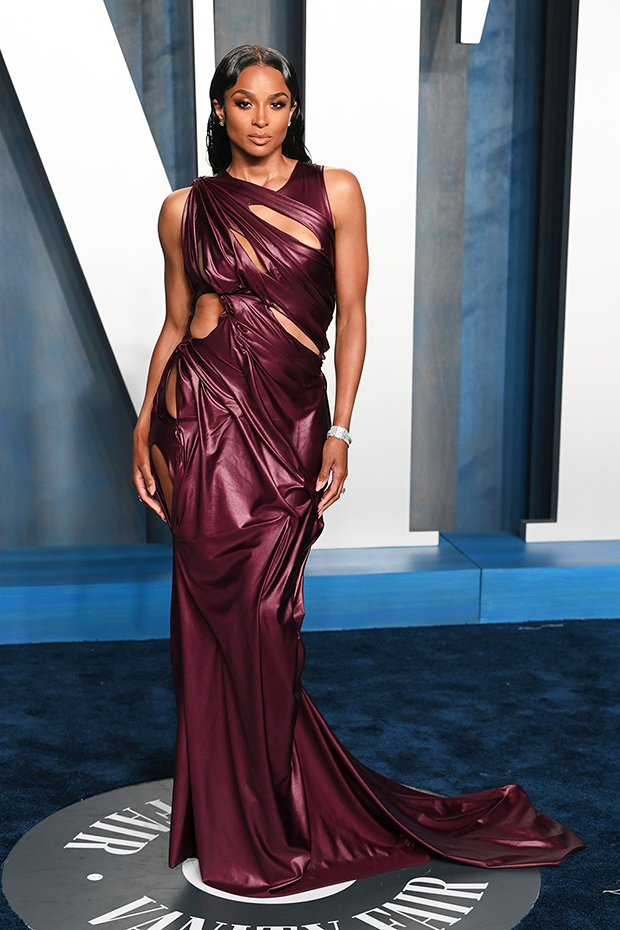 Joining the beauty was husband Russell Wilson, who was handsome in a black, double-breasted suit, with his shirt unbuttoned enough to reveal a diamond cross and a bit of chest. Shiny shoes and a smile completed the NFL hunk’s ensemble.

The couple’s red carpet appearance comes after big casting news for Ciara, who recently joined the cast of the forthcoming The Color Purple movie musical. “Honored to be a part of this beautiful ensemble and historic film, The Color Purple,” Ciara tweeted following the announcement. “Truly grateful.” 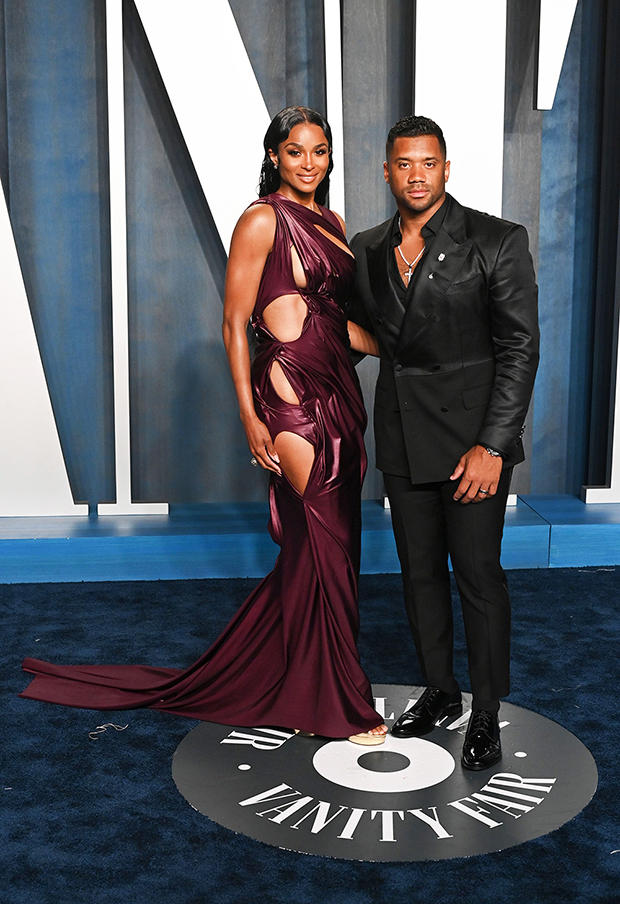 She’ll be playing the adult version of the character Nettie, who is protagonist Celie’s little sister. Halle Bailey will play the younger version of the character, pulled from the pages of the Pulitzer Prize-winning Alice Walker book. Ciara and Halle will support songstress Fantasia Barrino, who will reprise her Broadway role as lead. The star-packed cast will also feature Taraji P. Henson, Colman Domingo, Danielle Brooks, Corey Hawkins, Louis Gossett Jr., David Alan Grier, and H.E.R.

While probably her more high-profile role to date, Ciara isn’t an acting amateur. She previously starred in 2006’s All You’ve Got and  2010’s Mama, I Want To Sing! She also appeared in 2012’s That’s My Boy, starring Adam Sandler, and had a recurring role on the popular BET series, The Game.