PEOPLE will go to any lengths to try and look their best, but a lash technician reveals one of ‘worst cases’ of false lashes she’s ever come across.

Ipek (@ipsbeauty) showed off the lash calamity on her TikTok, where a set of false lashes were glued to a woman’s natural lashes. 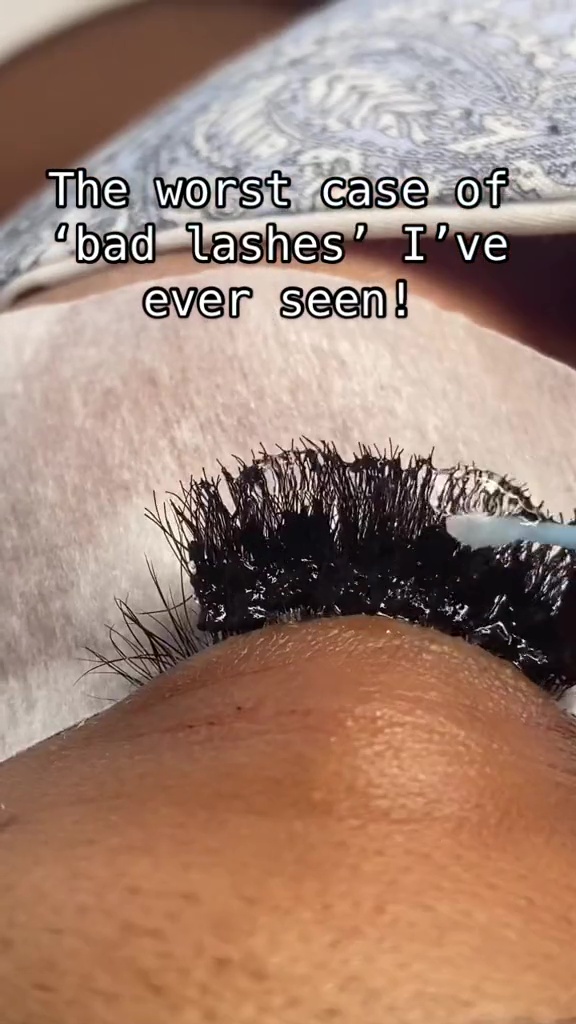 The false lashes had been stuck on with a mixture of hair bonding glue and eyelash extension glue.

The lashes were left clumped together and when they were removed, her natural lashes were close to being pulled out.

She captioned the video: “Please go to an actual professional for extensions! Your eyes are so delicate.”

Ipek said that her client originally got her treatment done at a hairdresser – and mustn’t have had the right experience to apply them. 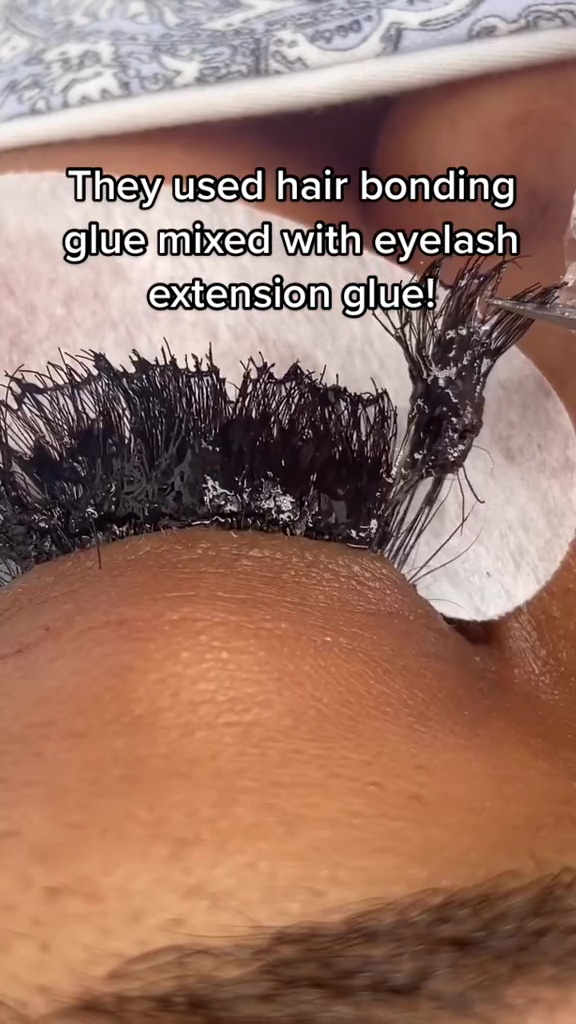 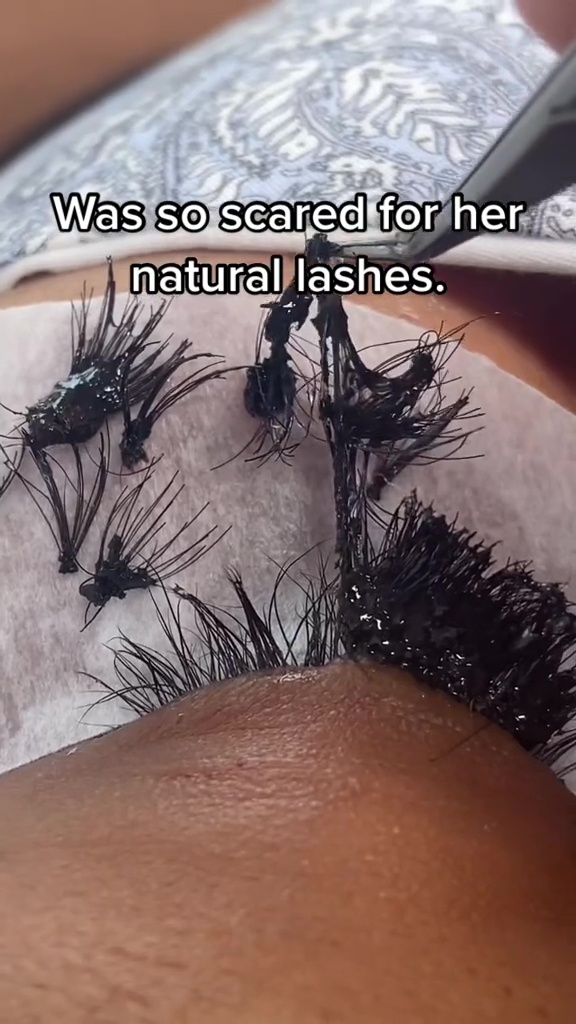 When Ipek removed the lashes, you can see how gooey and clumpy they are, as well as the stretchy glue that held them in place.

But the lash technician managed to save the day – and the woman’s lashes.

The video has been viewed over a massive 1.2million times in less that 24 hours and racked up over 203,900 likes.

TikTok users flooded into the comments to share their horror.

One person wrote: “Looks like tar on her lashes omg!!” 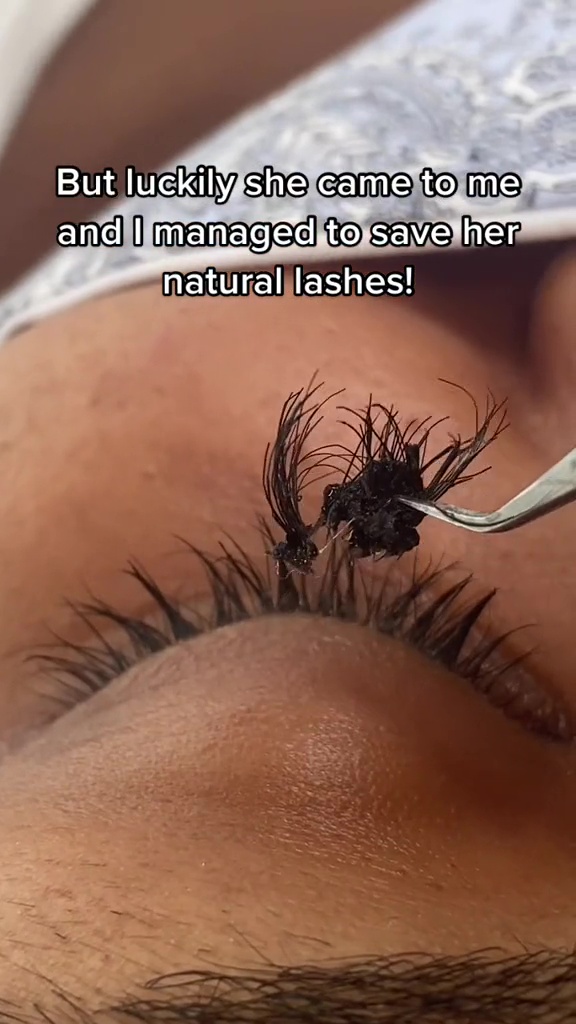 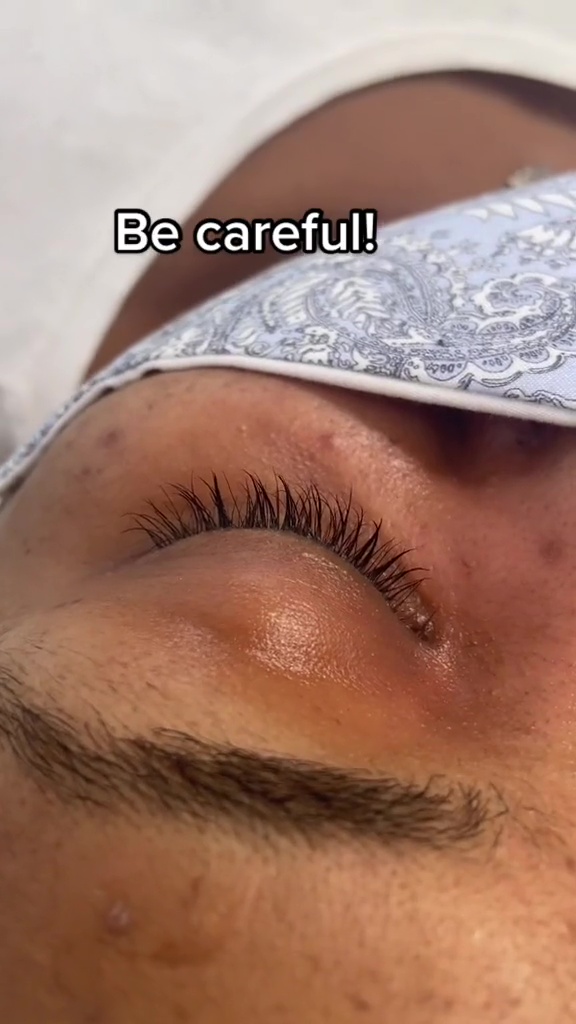 Another said: “I had super glue and eyelash glue before.”

Some commenters couldn’t understand why the client would put herself through that.

Someone else wrote: “Her natural lashes are beautiful! Not sure why she would’ve got them done in the first place.”

A fifth person commented: “You say ‘the worst case of lashes I’ve ever seen’ in every video.”

Ipek clapped back: “Because it gets worse every time.”

The lash technician has previously spoken about how people should take care of their false eyelashes and implores people to keep them clean to avoid infections.

Beautician shows exactly why you need to clean your eyelash extensions every day – and it’s stomach-churning.

Woman in tears after accidentally waxing off her EYELASHES when trying to tackle her bushy brows at home.

Beauty therapist apparently CUTS OFF woman’s eyelashes after her card payment fails – then dubs her ‘worst ever client’.