Benjamin Louis Wald did his best in January 2015 to get some art into his life, then Jacqueline Rebecca Spar stepped in.

“A mentor suggested I keep as much work-life balance as possible,” said Mr. Wald, 31, who often worked 12-hour days and traveled to Europe, usually London, at least once a month as an associate in the office of the chairman and chief executive at BlackRock in New York. He is now a vice president in its alternative investments division.

He first tried a pottery class, and then emailed the Jewish Museum in New York about its Young Patron Program. When Ms. Spar replied, he was too busy to follow-up. So a couple of weeks later she gave him another nudge.

“It was my job to bring people like Ben into the art world and the Jewish Museum,” said Ms. Spar, 35, who graduated from the New School, and had just started working in the museum’s major gifts department to create the program focusing on art and Jewish culture.

At the end of March, she met Mr. Wald at BlackRock to discuss the program over tea in a conference room, and he became one of its first members.

“I’m so grateful she was so good at her job,” said Mr. Wald, who graduated from Quinnipiac University.

In June, he drove to the Hamptons to join the group for lunch at the home of a collector of contemporary art. In early fall, two hours before he left for London, he showed up for a private tour and cocktail hour at the museum.

“He showed up for most everything,” she said, including Shabbat dinners coinciding with new exhibits. “He wasn’t Ben to me, he was Ben Wald,” explaining their relationship was strictly professional.

In June 2017, after she left the museum to become the senior manager in institutional partnerships at the art website Artsy in New York, they began calling each other, and eventually became good friends while dating other people. 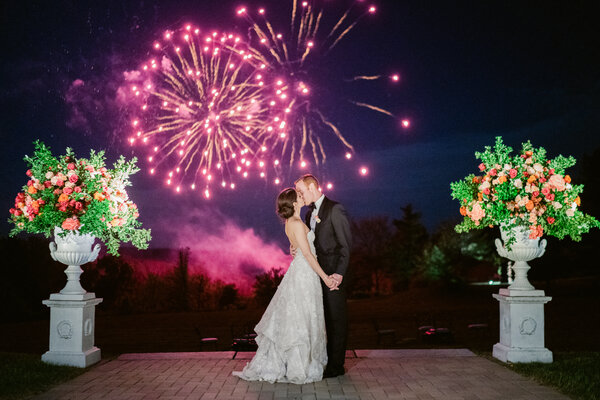 “Whenever I spoke to him he left a smile on my face,” said Ms. Spar, who sometimes met him for lunch and loved speaking to him during his trips to London. (She was born, and spent her early childhood there).

In December 2017, when they were both single, she joked about maybe dating each other.

“We both kind of paused,” she said.

They discussed it over lunch before he went on a four-day business trip in January.

“Can I officially take you out when I get back?” he asked, and caught an earlier flight home.

After a breakfast meeting in Dublin, he had lunch in London and dinner with her at an Italian restaurant near Columbus Circle in New York.

“It was our first date, but probably the hundredth time we sat down to a meal together,” he said.

They kissed good night as she got into a cab home to Chelsea, and decided to have dinner downtown the next evening.

“I didn’t think of it as a second date,” she said. “It was a continuation of our lives together.”

Before he moved in with her in May 2019, they arranged for their parents, who had met in passing, to formally meet at a restaurant in Millburn, N.J. (He grew up in Livingston, she 10 minutes away in Short Hills).

A week earlier, his mother texted him just a photo — his parents arm in arm with hers in front of the Jewish Museum. They ran into each other at the Leonard Cohen exhibit.

On Feb. 16, 2020, Mr. Wald proposed on their rooftop with his paternal great-grandmother’s ring.

A week before the coronavirus pandemic turned the world upside down, they made plans to get married at the Glenmere Mansion in Chester, N.Y.

“We decided to have it no matter what, even if it was just us and our parents,” said Ms. Spar, who is taking the groom’s name.

“Where it All Began,” said the back of their invitations with an imprint of the Warburg Mansion, home to the Jewish Museum.

On May 22, Rabbi Joshua Stanton, officiated before 115 vaccinated guests, who received rapid Covid tests, while 150 others watched the ceremony via livestream. Later, guests enjoyed s’mores and a surprise fireworks display.