Amanda Holden, 49, has become known for her daring style on Britain’s Got Talent over the years. Just last month, the star sparked hundreds of complaints after wearing a low-cut dress that fans claimed showed her nipples.

For the show’s final, Holden opted for sparkly number – a flesh-coloured, skin-tight dress which graced her curves.

The frock featured an asymmetric design, with off-shoulder straps, and a third strap to hold the dress up.

The material of the dress, while sheer in appearance, carefully concealed the right areas.

The gown cinched in at the waistline, and the gold teardrop pattern glimmered in the spotlights on stage. 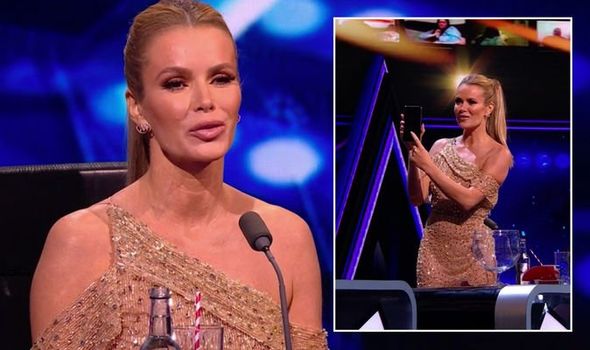 Holden’s look was finished with a scrapped back ponytail and some delicate gold wire design earrings.

Her make-up perfectly complemented the colour of the dress – nude lipstick, metallic eyeshadow and a light dusting of bronze on her cheeks.

BGT viewers took to Twitter to voice their opinion on head judge’s outfit.

One said: “Absolutely stunning,” and another commented, “A goddess.”

While Holden clearly made an effort to cover up after backlash over a previous racy outfit, some viewers demanded the star have more flesh on show.

One tweeted: “Disappointed to see Amanda Holden wearing so many clothes.”

Another said: “I was hoping Amanda Holden would have some more flesh on show…”

Someone else added: “I want to make a complaint Amanda Holden dress is not revealing enough.” 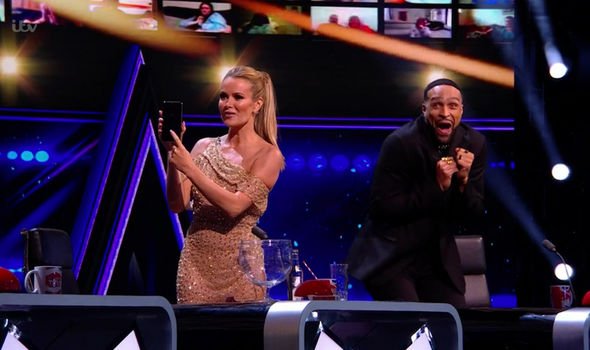 In the semi-finals of BGT Holden wore a revealing blue gown which led to 235 objections to Ofcom.

The dress was dark blue and glittery, with off-shoulder sleeves.

It also featured a plunging neckline – but some viewers claimed the star revealed more than she bargained for in the outfit.

One viewer exclaimed: “Is it me or Amanda’s nipples nearly hanging out of her top?” 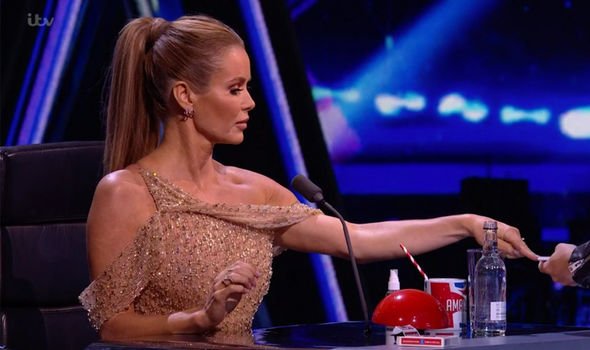 The star also became the subject of complaints with a Julian Macdonald dress wore to one of the finals.

The dress featured a wide plunging neckline which reached down to her navel.

Clearly the outfit wasn’t to everyone’s taste, although the star laughed off the backlash.